The Seattle Mariners are officially making shortstop JP Crawford a centerpiece of their infield for many years to come.

On Friday, ESPN MLB insider Jeff Passan was first to report the news that the Mariners and the 27-year-old have come to terms on a sizable contract extension that will keep him in Seattle for another five seasons.

“Shortstop J.P. Crawford and the Seattle Mariners are in agreement on a five-year, $51 million contract, sources familiar with the deal tell ESPN,” Passan wrote on Twitter. “Deal will start this year and buys out two free-agent seasons. Crawford, 27, is an elite defender whose bat has steadily improved.”

Crawford was traded from the Philadelphia Phillies to the Mariners as part of the return for star shortstop Jean Segura in the winter of 2018. In his three seasons in Seattle, Crawford has turned into a defensive anchor for the team and won a Gold Glove award in 2020. Last season he led the American League in most putouts and range factor for all shortstops (via Baseball-Reference).

However, the team is also locking up a player that has steadily improved offensively in each season. In 2021, Crawford batted .273 with a .338 on-base percentage, hit nine home runs, drove in 54, scored 89 runs, and smashed 37 doubles. All were career highs for the California native. 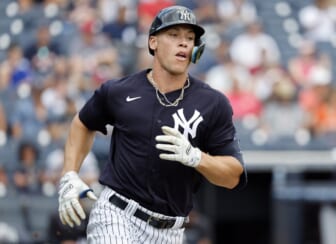 The deal mirrors a similar move made by the Pittsburgh Pirates when they gave third baseman Ke’Bryan Hayes an eight-year extension worth $70 million.

Crawford was the Phillies’ top pick in the 2013 MLB draft. He was viewed as a top-10 prospect heading into his debut season in 2017. However, after two lackluster years in Philadelphia, he has seemingly found himself and is growing into a reliable major league SS with the Mariners.

Related: Get the full rundown of all the MLB games today

Crawford will make around $10 million per season, which is the standard for players of his caliber at the position.