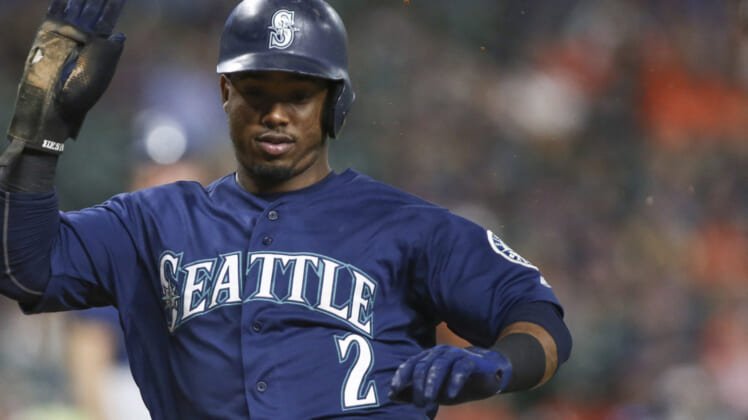 The fire sale of the Seattle Mariners is continuing. The next man expected to be shipped out is two-time All-Star shortstop, Jean Segura.

Ken Rosenthal has reported that once the heavily discussed deal that will send Robinson Cano and Edwin Diaz to the New York Mets becomes official, Seattle will attempt to deal Segura to the Philadelphia Phillies.

Once Cano-Diaz to #Mets is official, #Mariners have next deal lined up. Team is in serious talks on a trade that would send shortstop Jean Segura to Philadelphia, sources tell The Athletic. Segura holds full no-trade clause, and would need to approve the deal. H/t @agsnetworks.

The Mariners would likely receive J.P. Crawford in return. Crawford was once one of Philadelphia’s top prospects. But he has generally struggled in the majors, hitting .214/.333/.358 over 187 career at-bats.

In 2018, Segura hit .304/.341/.415 with 10 home runs and 20 steals. He’s no stranger to being traded, either. While Segura is only 28, he’s been traded three times, having previously played for the Los Angeles Angels, Milwaukee Brewers, and Arizona Diamondbacks before going to the Mariners.