The Pittsburgh Pirates and third baseman Ke’Bryan Hayes have come to terms on a contract extension that is the biggest in team history.

On Thursday, Fansided MLB Insider Robert Murray broke the news that the 25-year-old and the team reached an agreement on a massive new eight-year deal that will pay one of the team’s top prospects a whopping $70 million.

“Ke’Bryan Hayes and the Pittsburgh Pirates are in agreement on an eight-year, $70 million contract extension that includes a club option for a ninth season, according to sources familiar with the situation,” Murray wrote on Twitter.

Hayes has only played in 120 games in the major leagues, but as one of the organization’s brightest young talents, the Pirates followed the trend of many other small-market teams and chose to lock up a potential rich player to a sizeable extension early. As to avoid getting outbid by the league’s big market clubs in free agency after he is no longer arbitration-eligible.

The move is always risky because Hayes could backslide and not deliver on the promise he has shown thus far. However, if he does reach his potential, the Pirates would have an All-Star caliber talent at a bargain rate during his prime years.

In a follow-up tweet, Murray added the significance of this particular deal for the Pirates. Not only are they locking up a player they hope can lead them for years to come, but the contract is the biggest guarantee to any player in franchise history. 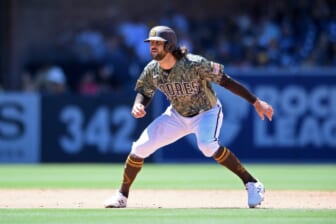 “Hayes’ $70 million guarantee is the largest contract in Pirates history and the largest guarantee ever signed by a player with at least 1 and less than 2 years of service time,” he wrote.

The Pirates kick off the season on the MLB games today schedule at 4:15 PM when they play division rivals the St. Louis Cardinals on the road.