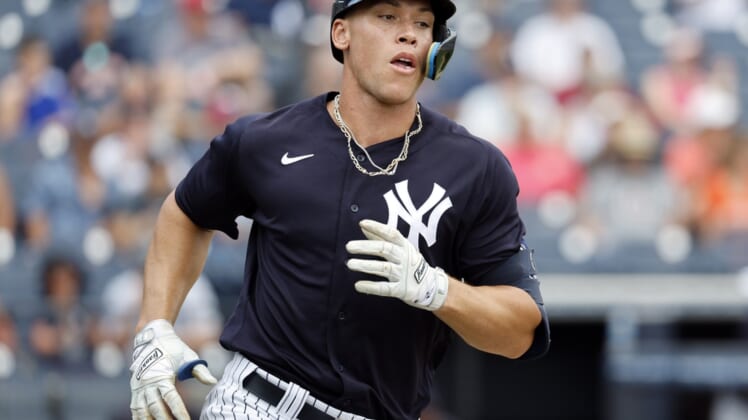 The New York Yankees did not reach an agreement on a contract extension with Aaron Judge before the slugger’s self-imposed first-pitch deadline Friday.

General manager Brian Cashman confirmed that no deal was struck before the start of the season-opening game against the visiting Boston Red Sox.

The Yankees’ final offer was a seven-year, $213.5 million extension, or an average annual value of $30.5 million, according to multiple reports. Varied reports said the team offered either $17 million or $19 million for the 2022 season, bringing the total value to either $230.5 or $232.5 million.

That would have made him the second highest-paid outfielder per average annual salary behind only Los Angeles Angels star Mike Trout, who signed a 10-year, $360 million extension in 2019.

Judge, who turns 30 on April 26, will become a free agent at the end of this season without an extension. The right fielder has insisted he won’t discuss it after the season starts.

“The last thing I want to do is be in the middle of May and, after a good series, is talking about the extension or after going 0-for-4 and people being like, ‘You should have signed that extension,'” Judge said last month. “We’ll try to get everything out of the way right now while we’re still prepping and getting ready for the season.

“But once it’s April 7, packed house in the Bronx, it’s gonna be time to just focus on my ballgames.”

Cashman said Friday that the Yankees will try again to sign Judge in the offseason.

The Yankees and Judge are headed toward a midseason arbitration hearing. Judge asked for $21 million and the team has offered $17 million.