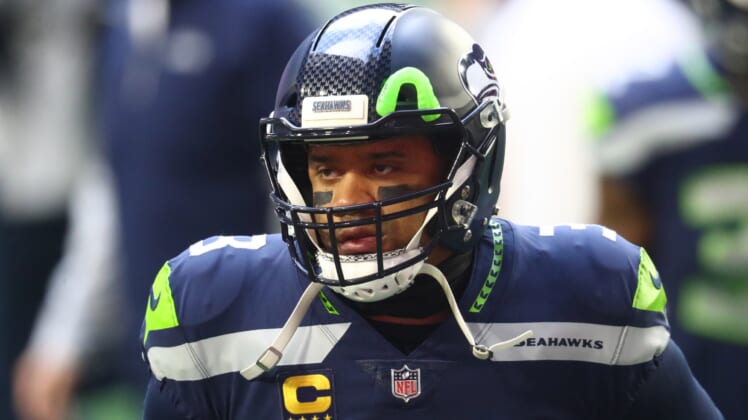 Over the past week or so, Seattle Seahawks rumors have been brought to light relating to quarterback Russell Wilson. Suggestions are that the Super Bowl winner is not happy with the organization’s player personnel department. Primarily, Wilson would like to have more say in roster-building.

This has led to speculation that Wilson could potentially be on the trade block as the NFL enters an offseason that’s going to see dramatic quarterback turnover around the league.

No one of an objective mind honestly believed that the Seahawks were going to trade their franchise quarterback. However, as we’ve seen with Deshaun Watson in Houston, things can change on a dime. That’s apparently not the case with Wilson and his Seahawks right now.

This can’t be seen as too much of a surprise. Unless things are boiling over behind the scenes in the Pacific Northwest, it makes absolutely no sense for Seattle to even engage in Wilson trade talks.

As for the future Hall of Fame quarterback, he hasn’t been quick to quiet Seahawks rumors on this front.

In turn, the Seahawks are apparently not happy about their usually reserved quarterback taking to the media in this manner. That included Wilson lobbing a shot in the direction of his own offensive line.

“You never want to get hit. That’s just, that’s the reality of playing this position,” Wilson said recently. “Ask any quarterback who wants to play this game, and I think, at the same time, it’s part of the job and everything else. I think that the reality is is that I’ve definitely been hit, been sacked, I don’t know, almost 400 times.”

There’s a legitimate gripe here. The reigning Walter Payton Man of the Year has been sacked a resounding 275 times since the start of the 2015 season — the highest total in the NFL.

Will Seahawks rumors point to a Russell Wilson trade?

Seahawks reporter Joe Fann had a good take on Anderson’s report. He pretty much indicated that this doesn’t mean things are great between Wilson and the team. Rather, he’s just not going to be traded right now.

As we’ve seen with Deshaun Watson and the Texans recently, things can spiral out of control in a quick manner around the NFL. There’s obviously drama behind the scenes between Wilson and his Seahawks. Whether that blows up in the coming weeks and months remains to be seen.

What we do know is that Wilson remains not only one of the best players in the league, he has to be seen as one of the most valuable. The 32-year-old signal caller put up 4,212 yards with 40 touchdowns against 13 interceptions last season. He also led Seattle to a 12-4 record and the NFC West title.

It remains highly unlikely that Wilson will be moved ahead of the 2021 season. However, it’s something to keep an eye on should Seattle’s brass not give him player personnel input this offseason and the same issues arise come September that we’ve seen the past six seasons.