The San Francisco Giants’ best player in 2022 is doing whatever he can to help the organization in their pitch to convince reigning American League MVP, and current MLB free agent, Aaron Judge to bring his talents back to the bay area.

While many sports fans around the country are likely preparing to feast on Thanksgiving day and take in some NFL football, MLB is quite busy with hot stove season heating up. There have been several notable trades, but most of the best players in MLB free agency are still taking meetings and are available to the highest bidders.

The golden goose of this year’s free agent class is New York Yankees superstar Aaron Judge. The 2022 AL MVP is drawing interest from all over the league, however, few teams truly have what it takes to steal the 30-year-old away from the Yankees.

One team that is believed to be a top contender for Judge’s services is the San Francisco Giants. They have the available funds to give him a historic contract and they can give Judge the chance to play professional baseball near his hometown of Linden, California.

On Tuesday, Judge was in San Francisco to meet with the team, and while there, Giants All-Star Joc Pederson took to social media to further woo the four-time All-Star. In an Instagram story posted yesterday night (via Bryan Hoch), Pederson uploaded an image of Judge in a Giants uniform and captioned it by saying, “I got 99 problems…winning ain’t one. We’re ready when you are 99.”

The caption references Judge’s number (99) and the legendary Jay-Z song, “99 Problems” from 2003. It is going to be difficult for the San Francisco Giants to win the Aaron Judge MLB free agent sweepstakes. The Yankees are expected to spare no expense in bringing back their homegrown superstar, and the Los Angeles Dodgers will be involved in the hunt as well. 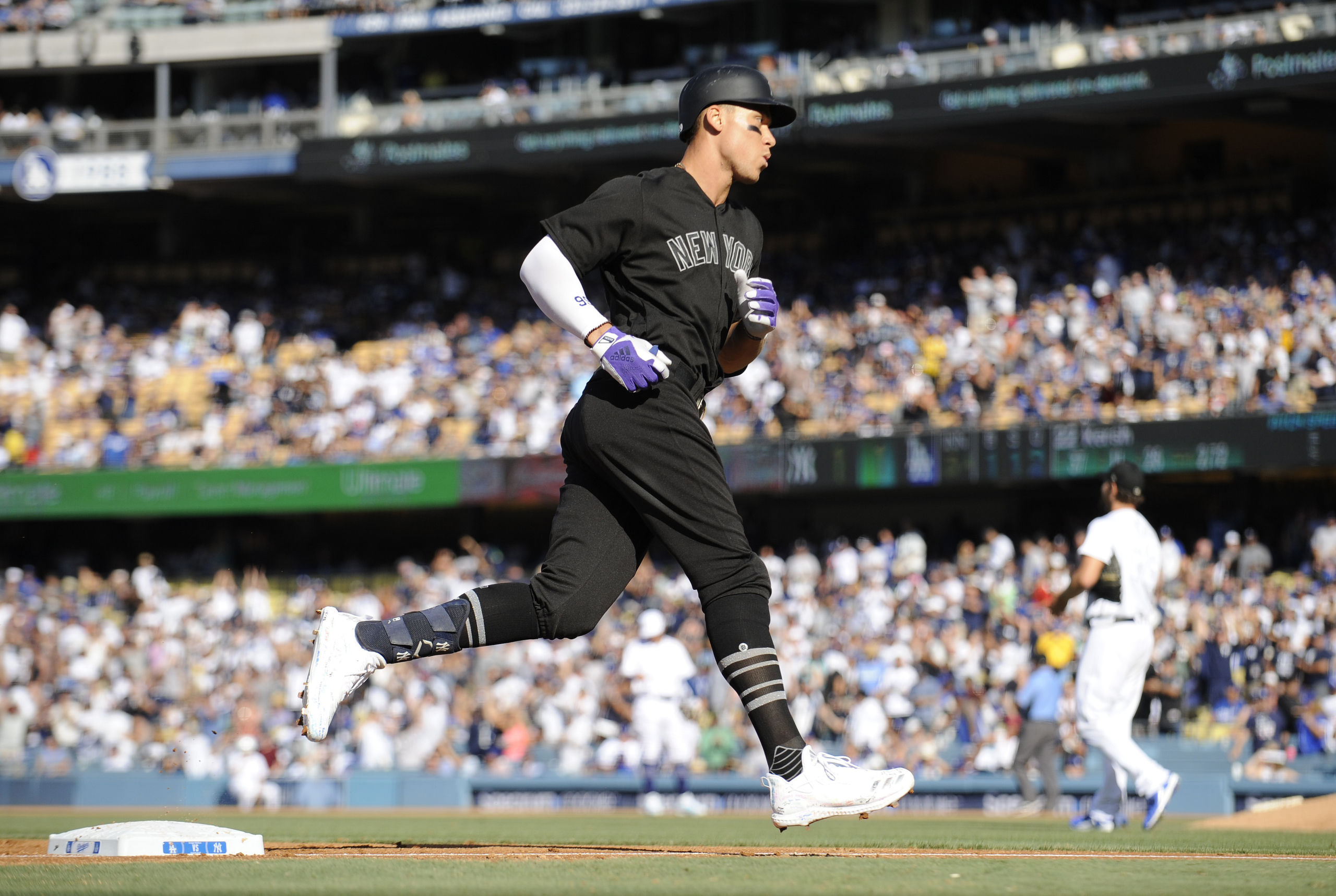 While the Giants certainly have money to spend, they are sure to lose a bidding war with the Yankees and Dodgers.