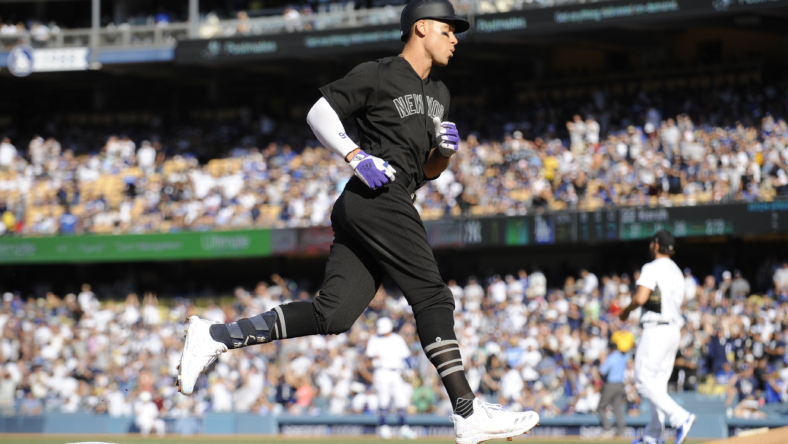 Reigning AL MVP Aaron Judge is the top MLB free agent in 2022-’23 with the New York Yankees making a strong push to re-sign him. While the Yankees are favored to land him, that could now be in doubt with the Los Angeles Dodgers entering the mix.

Los Angeles finished the 2022 season with the second-highest payroll in MLB, per Sptorac, spending $280.58 million on their roster. It will result in the franchise paying a record-setting luxury tax bill coming off a year when they lost in the National League Division Series.

Having only won a single World Series championship in the last decade, despite reaching the World Series three times, the Dodgers are making changes this offseason. Former NL MVP Cody Bellinger is being non-tendered and All-Star shortstop Trea Turner is likely departing this winter. 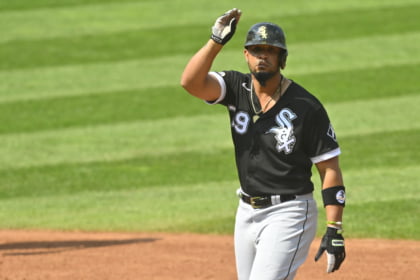 With Bellinger set to be released, freeing up a projected $18 million in payroll, Los Angeles will shift its approach to free agency. According to Jon Morosi of MLB Network, the Dodgers have now emerged as a potential landing spot for Judge. Furthermore, per Jon Heyman, MLB executives believe the Dodgers are preparing to make a strong run that would challenge the Yankees.

Why the Dodgers can afford to sign Aaron Judge

Los Angeles has cleared more than $100 million off its books from the 2022 season, per Bill Plunkett. It’s the result of several moves already made and intentions the front office intends to follow through on this winter.

David Price ($16 million), Craig Kimbrel ($16 million), Justin Turner ($16 million team option), Andrew Heaney ($8.5 million), Trea Turner ($21 million) and Bellinger ($18 million) are all poised to be off the payroll. While the return of Clayton Kershaw will take away some of the club’s payroll flexibility, it is still in a strong position to make a run at Judge.

While Judge grew up a San Francisco Giants fan in Sacramento, multiple reports have made it clear he is open to returning home to California. The Dodgers are also a more viable contender than San Francsico, addressing another top priority for Judge as he evaluates where he will sign. 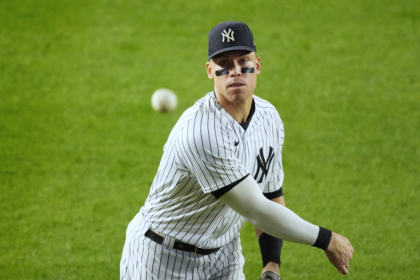 The sudden involvement of the Dodgers could also make things more difficult for the Yankees. Facing an investigation for alleged collusion to suppress Judge’s free-agent value, New York could now face a legitimate bidding war for his services.

Considering the Dodgers’ willingness to spend and their need in the outfield, there is a realistic chance that Judge heads to Los Angeles. He could join a lineup with Freddie Freeman, Mookie Betts, Will Smith and Max Muncy, forming the best lineup in baseball.

Pairing Judge with multiple MVP candidates and an elite rotation would make the Dodgers the World Series favorite in 2023. Los Angeles also boasts the farm system to either acquire a viable starting pitcher or it can call up young talent to provide affordable depth.

Now that the Dodgers are set to be heavily involved, the Yankees will face the decision of either making Judge the highest-paid MLB player or losing him to another World Series contender.