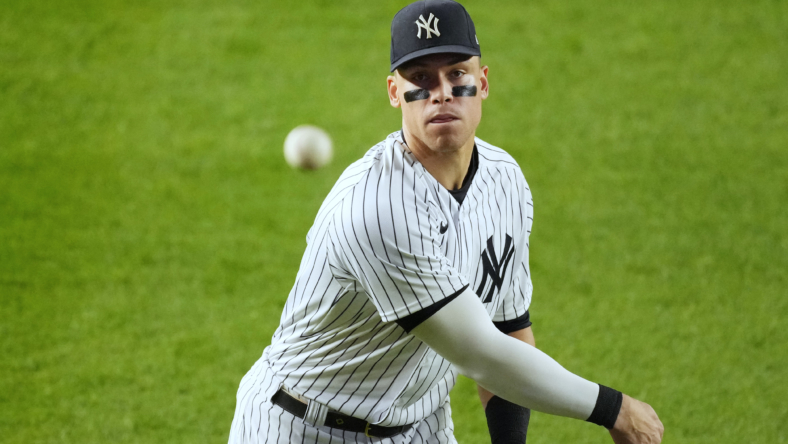 Aaron Judge is the best MLB free agent available this winter with a belief around baseball for months that the San Francisco Giants posed the greatest threat to the New York Yankees. With free agency underway, that might be changing.

Judge, a native of Northern California, grew up a Giants fan and is believed to be interested in returning home to the West Coast. The AL MVP would provide San Francisco with the face of its franchise which is desperately needed and he would strengthen the lineup.

The Giants have a limited payroll in 2023, providing them with the financial flexibility to make Judge the highest paid MLB player ever. However, president of baseball operations Farhan Zaidi might reportedly want to go in another direction.

According to Joel Sherman of the New York Post, there is a sense within the industry that Zaidi prefers to spread the Giants’ money around on multiple players instead of investing a majority of it into Judge.

While Judge would strengthen San Francisco’s lineup and improve its outfield defense, he alone wouldn’t make them a playoff contender. All-Star pitcher Carlos Rodón, who the Giants want to re-sign, is expected to land a massive multi-year contract this winter.

Instead of signing Judge and third-tier free agents, the Giants could opt to pursue coming away with multiple players from the second tier of the 2022-’23 free-agent class. Willson Contreras, Xander Bogaerts, Andrew Benintendi, Brandon Nimmo and Chris Bassitt could all be options on the club’s radar.

However, failing to land Judge and instead signing players with less appeal could also hurt support from the fan base. While the Giants finished 12th in attendance this past season, it represented a dip from previous seasons and there is a growing dissatisfaction from the fan base.

For now, San Francisco will keep exploring all of its options and that includes signing Judge. If the Yankees or Los Angeles Dodgers drive the price up too high, though, it’s apparent the Giants are ready to look elsewhere.