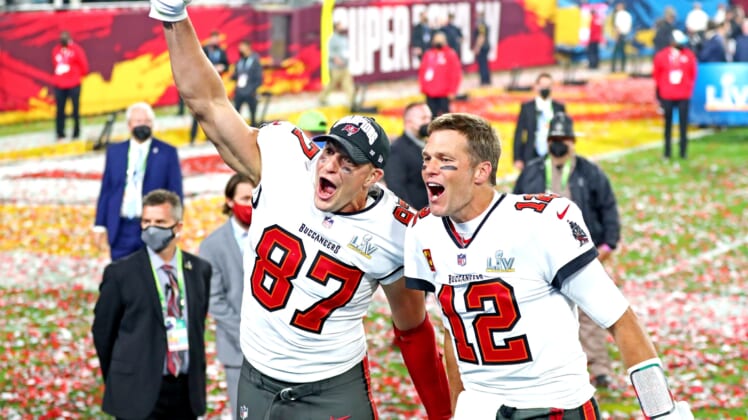 Tampa Bay Buccaneers free agent tight end Rob Gronkowski knew full well what he was doing earlier on Monday when the future Hall of Famer indicated he was going to test the open market.

There’s no way Gronkowski was going to leave his best bud Tom Brady and the Buccaneers after helping lead them to a shocking Super Bowl title in his first year out of retirement. Gronk wanted to play the leverage game. He wanted more money. That’s now happened.

According to ESPN’s Adam Schefter, the deal is for up to $10 million over one season. It’s actually a five-year deal with the final four years becoming voidable to help the Buccaneers’ cap situation.

In terms of a per-year basis, this makes Gronkowski the sixth highest-paid tight end in the NFL. It comes after his former New England Patriots squad handed Jonnu Smith a whopping four-year, $50 million contract earlier on Monday.

There seemed to be no real reason for Rob Gronkowski and the Buccaneers to end their marriage after one season. Once Tom Brady lowered his cap number on an extension, Gronk was likely to return.