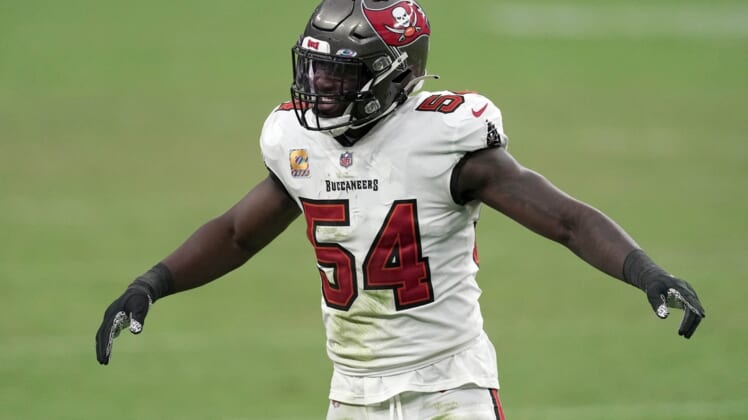 The Tampa Bay Buccaneers are bringing back inside linebacker Lavonte David on a two-year, $25 million deal, multiple outlets reported Tuesday.

David, 31, has started 137 out of a possible 144 regular-season games since the Buccaneers drafted him in the second round in 2012.

He has registered at least 100 tackles in eight of his nine seasons, including 117 stops in 2020. His career totals include 24 sacks, 128 tackles for loss, 24 forced fumbles, 16 fumble recoveries and 12 interceptions.

David made the All-Pro first team in 2013, earned a Pro Bowl selection in 2015 and helped Tampa Bay take down the Kansas City Chiefs in Super Bowl LV. He is the longest-tenured player on the team and has been a captain for the past seven seasons.