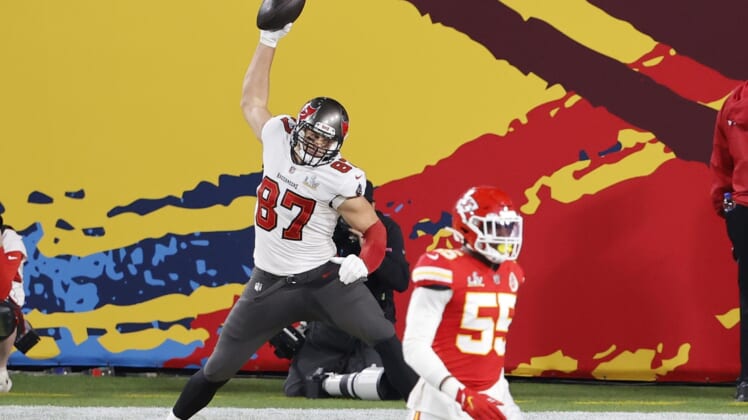 Gronkowski found the end zone once again late in the second quarter to put the hosting Bucs up 14-3 over the reigning champions.

After a couple critical penalties extended the Bucs’ drive, Brady and Gronk capitalized on a beautiful 17-yard TD:

After enjoying retirement for about a year, Gronkowski decided to come back to the gridiron and reunite with his former New England Patriots teammate in Tampa Bay.

The Brady-to-Gronkowski alliance appears as strong as ever, as TB12 obviously trusts the beloved Gronk on the biggest stages.

While the Chiefs’ defense has had to account for the likes of Mike Evans, Chris Godwin and other playmakers, Gronkowski has fully taken advantage of the matchups and opportunities he’s been given on Super Bowl Sunday.