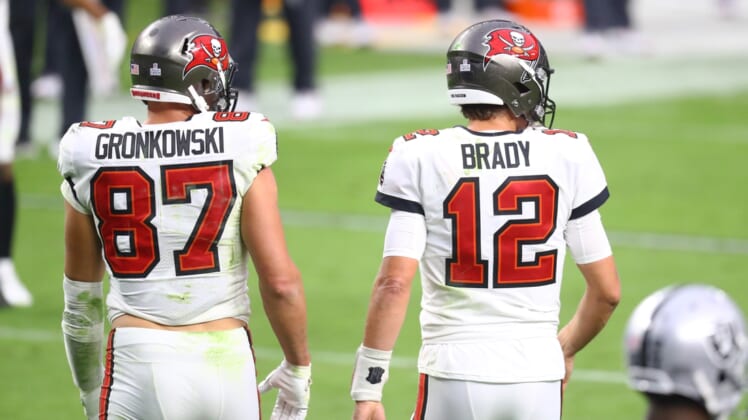 It was a slow start on offense for both the Tampa Bay Buccaneers and Kansas City Chiefs in Super Bowl LV Sunday evening. That included three consecutive three-and-outs.

After Kansas City opened up the scoring with a Harrison Butker field goal, the Buccaneers needed to put a drive together. If for nothing else, to keep Patrick Mahomes and Co. off the field.

That’s exactly what Tom Brady did with some help from running back Leonard Fournette. The Buccaneers drove down the field 75 yards, culminating in this eight-yard touchdown pass from Brady to Rob Gronkowski.

This represented the 13th career touchdown connection from Brady to Gronkowski, dating back to their days together with the New England Patriots. That’s now the most in NFL postseason history.

As you already know, Brady is looking to earn his seventh Super Bowl title and bring the Buccaneers their second championship in his first season with the organization.

Obviously, the first touchdown of Super Bowl LV likely left a sour taste in the mouths of Patriots fans the world over. However, those in Tampa Bay are not going to complain.