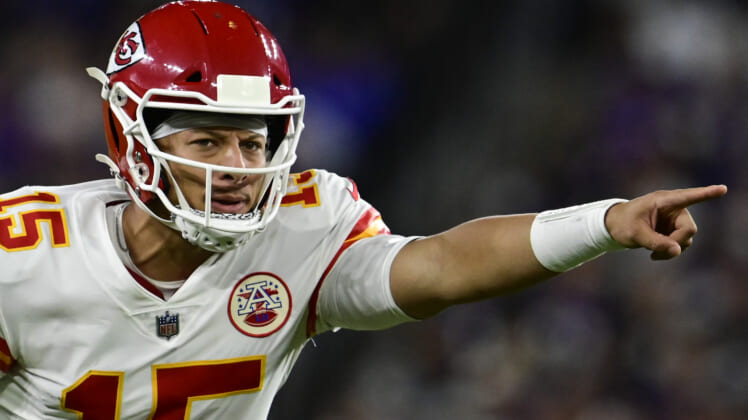 As Jackson threw two first quarter interceptions, Mahomes was doing his thing in leading Kansas City to three touchdowns in the first half. Despite this, the two-time defending AFC champion Chiefs were only up four at halftime.

That changed big time to open the third quarter with Patrick Mahomes leading Kansas City on a five-play, 74-yard touchdown-scoring drive. It culminated in this touchdown pass from the Super Bowl quarterback to wide receiver Byron Pringle.

While that might be the most ho-hum touchdown of Mahomes’ stellar career, the focus here has to be on a previously stout Ravens defense.

Pringle caught the ball outside of the Ravens’ 30. There were five Baltimore defenders in between the wide receiver and the end zone. Somehow, he was able to trot in for six and give the Chiefs an 11-point lead.

For Baltimore, this is just a continuation of struggles on defense that led to the team falling on the road to the Las Vegas Raiders last week.

If the Ravens don’t get this fixed, it’s going to be a long season in Maryland.