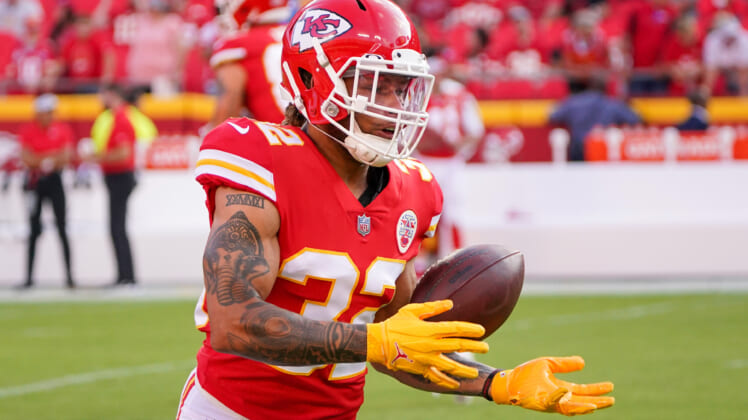 In a game expected to feature plenty of fireworks, to no surprise, the Kansas City Chiefs were the first to score. However, it wasn’t Patrick Mahomes, Tyreek Hill, or Travis Kelce. With the Baltimore Ravens getting the ball first, it was Lamar Jackson making a terrible throw right to Tyrann Mathieu, which the Honey Badger returned for a touchdown.

What was Jackson thinking? Sure the situation was third-and-8, he was looking to make something happen, but making crucial mistakes like a pick-six will sting against the Chiefs.

For Mathieu, it was the 24th interception of his career and the first regular-season touchdown of his NFL career. Jackson may want to keep an eye on the three-time All-Pro defender as he navigates this Chiefs defense.

Jackson found Tyrann Mathieu again before the first quarter was over. Only Marquise Brown has more receptions for the Ravens than Mathieu did heading into the second quarter.

Now, Mathieu’s 25th career interception, and he’s tied for the NFL lead with two on the season. Not bad.

The Chiefs were leading the Ravens 14-7 at the end of the first quarter. Grab your popcorn, your beverages, whatever you need. It’s the Lamar Jackson vs. Patrick Mahomes show tonight. But Tyrann Mathieu is making sure football fans don’t forget about him either.