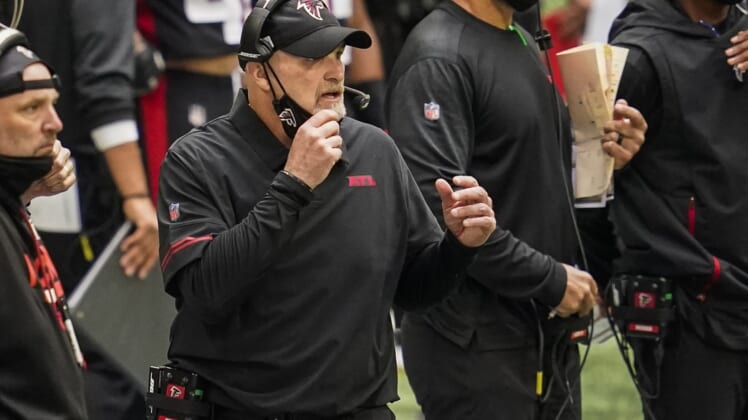 After entering Week 3 of the NFL season as the odds-on favorite to win, the Atlanta Falcons and head coach Dan Quinn choked away another potential victory on Sunday. With the Falcons stumbling out to an 0-3 record, could Quinn’s days finally be numbered with the hot seat burning in Atlanta?

It’s a matter of when, not if, a head coach is fired during the NFL season. While they’re usually given time early in the season, several coaches are providing ample evidence to prove they don’t belong at the helm of an NFL team. With bye weeks drawing closer, the time when most changes are made, it won’t be long before the first coach is axed.

NFL odds: Who will be the first head coach to be fired?

With the clock ticking until the first decision is made and the news drops with word of a coach being fired, several top candidates are emerging for an early departure.

In the latest update from SportsBetting.ag, with Week 3 drawing to a close, Quinn is favored to be the first NFL coach fired this season. However, he’s facing some stiff competition with Adam Gase nipping at his heels.

Quinn’s Falcons have become infamous for blowing double-digit leads, a trend that started in Super Bowl LI with a 28-3 lead. This team’s habit of falling apart in the fourth quarter has only continued, with Sunday’s loss to the Chicago Bears serving as the latest example.

Atlanta held a 39-24 lead midway through the fourth quarter and even had a 99.9% win probability with under three minutes left in Week 2. Yet, Quinn’s team found a way to choke the game away. Fans were fed up with the organization and their frustrations likely turned into a rage on Sunday. The Falcons had a 99.3% win probability with six minutes left in Week 3, before the team allowed 20 unanswered points in a devastating loss.

It makes sense that Quinn would be the first coach to go, but Gase is just as deserving. In a year where nearly every offense is going off every Sunday, the Jets have scored 20 total points in their past two games. Meanwhile, Sam Darnold is consistently delivering some of the worst quarterback performances we see each week.

The organization didn’t exactly believe in Gase coming into the season and it’s a matter of time before he is fired. The same could be said for Bill O’Brien in Houston, who has a resume full of reasons for his termination. Yet, since he is also the team’s general manager, he will likely remain in place for another year.

Patricia likely saved himself for a few more weeks by beating the Arizona Cardinals in Week 3. As for Mike Zimmer, he’ll be staying after signing a contract extension in July.