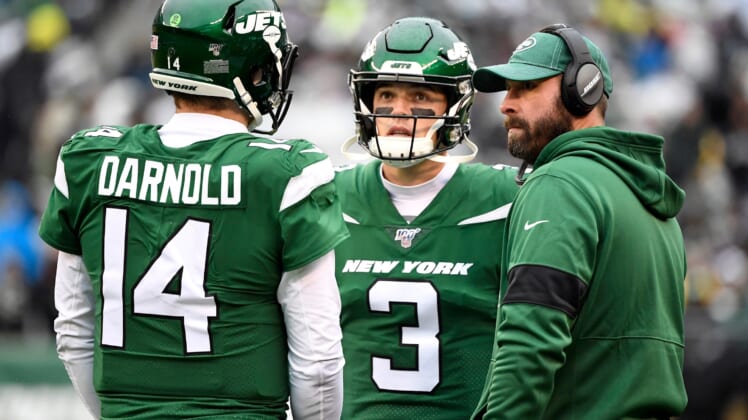 The New York Jets hired Adam Gase before the 2019 season hoping he could spark something within the organization and turn it into a winner. Just a year later, Gase seems to be burning bridges with star players and might have lost the organization’s faith in him.

Gase’s first season in New York started brutally with a 1-7 start and many fans immediately calling for his job. While the Jets managed to turn things around, finishing with a 7-9 record, the team greatly benefitted from a weak schedule and the offense struggled.

Amid a 2019 season that saw Sam Darnold show limited improved, Gase also seemed to anger many of the team’s players. He drew heat from Le’Veon Bell, lost the respect of the locker room and is apparently a big reason why Jamal Adams wants out of New York.

If that wasn’t enough to put him on the hot seat heading into the season, it gets worse. According to the New York Daily News’ Manish Mehta, there’s a strong belief within the organization that the Jets will never become a winner with Gase at the helm.

Gase’s biggest problem is reportedly his desire for self-preservation, seemingly doing whatever he can to keep his job. However, he might not be a head coach for much longer anyway.

The 42-year-old head coach will enter the 2020 season on the hot seat. After posting a 20-28 record over his last three seasons, two coming with the Miami Dolphins, Gase’s team will need to show significant improvement this season. If the Jets crash short of a .500 record, it will likely be Gase’s last season as a head coach.