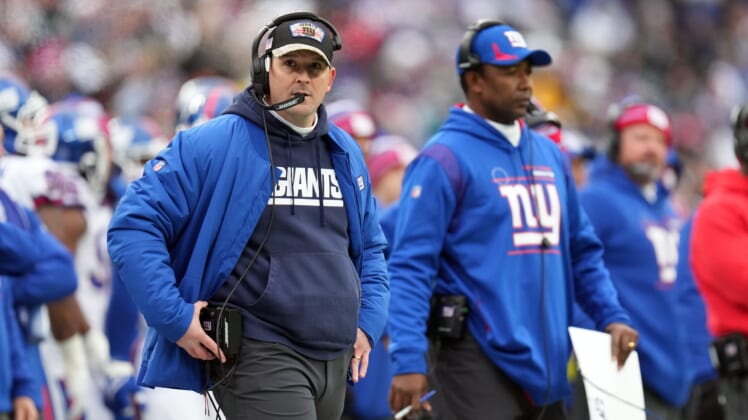 The New York Giants will look to win their first game in Philadelphia since 2013 and sweep the season series against the Eagles Sunday at Lincoln Financial Field.

It will be a tall task for New York to win their first game in Philly in almost a decade. The Giants come into this game as decisive underdogs, as quarterback Jake Fromm will be making his first NFL start, and New York’s offense has been putrid over the last month.

The Eagles on the other hand have been flying high since their 13-7 loss to Big Blue on November 28th having won two in a row and are still in contention for the playoffs.

Although New York has nothing to play for except for pride and to play the role of spoilers, there are three key storylines heading into this game. 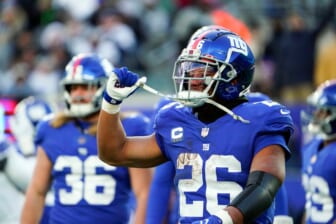 How will Jake Fromm look in his first start with New York Giants?

After losing three consecutive games with Mike Glennon under center, head coach Joe Judge named Fromm the starter for Sunday. Fromm showed flashes that he could play at a high level in his three seasons with the Georgia Bulldogs, but now he gets a chance to prove himself on the NFL stage.

Daniel Jones will be back as the starter in 2022, but the Giants are in need of a backup since Glennon is obviously not the answer. If Fromm plays well against the Eagles and gives the offense a spark, he could be in New York’s plans for next season. But if he struggles mightily, the Giants will look elsewhere for their backup.

Despite winning the earlier matchup, the Giants defense gave up 208 yards rushing to the Eagles on 33 carries. In that game, quarterback Jalen Hurts threw three critical interceptions.

Philly will undoubtedly look to run more on Sunday and impose their will on the Giants front seven. If New York cannot slow down Miles Sanders and the rest of the Eagles ground game, it will be another long Sunday afternoon.

Will the New York Giants fight for Joe Judge?

Despite his 10-20 record in his two seasons as head coach, it’s being reported that Judge will be back in 2022.

Some outside the organization thought that Judge’s message was getting stale and that he doesn’t inspire his players. Now the players get a chance to prove those naysayers wrong and play hard for their head coach.

If we see the game is competitive for 60 minutes it will bode well for Judge. If this game gets out of hand in the Eagles’ favor, then that could be a sign that ownership made another poor decision in deciding to stick with Judge. 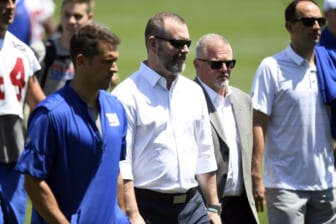