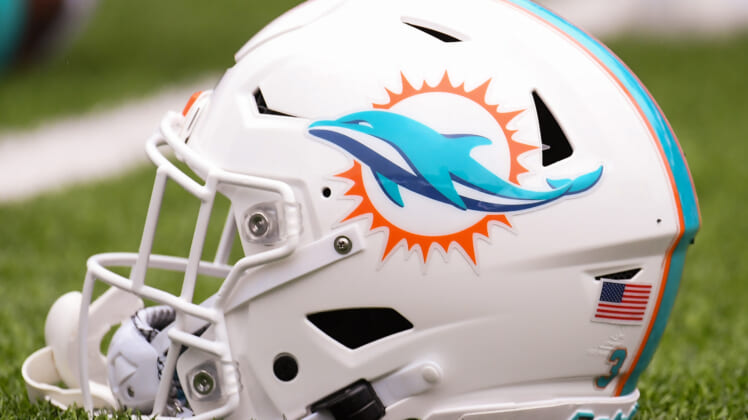 The Miami Dolphins coaching search is underway after the franchise fired Brian Flores, the third time owner Stephen Ross has looked for a new head coach since 2014.

Miami’s decision to fire Flores came as a surprise. The team won 10 games in 2020 and after a 1-7 start this season, a win over the New England Patriots pushed the Dolphins to a 9-8 record. For a franchise that tore down its roster in 2019, Flores had seemingly made a strong impression. 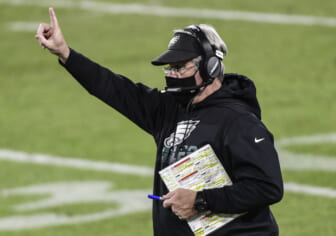 If the Dolphins want to tap back into the Bill Belichick coaching tree, Josh McDaniels is the target. The Dolphins are clearly wanting to find a coach who can build a great relationship with the quarterback, whether it’s Tagovailoa or another passer acquired via trade. If that’s the goal, McDaniels is an intriguing option.

He isn’t a popular coaching candidate among fans, largely due to his failed stint with the Denver Broncos and his decision to back out on the Indianapolis Colts. But NFL teams love McDaniels for a reason. He brings a sharp offensive mind, one that helped rookie quarterback Mac Jones finish the season with a 92.5 passer rating, 67.6% completion rate and 3,801 passing yards. New England’s offense lacked reliable weapons on the perimeter, making McDaniels’ success with Jones even more impressive.

If the Houston Texans fire David Culely, McDaniels’ tie to the organization will make him the favorite. But the opening in Miami is another landing spot worth monitoring, especially if the front office promises to acquire a star quarterback. 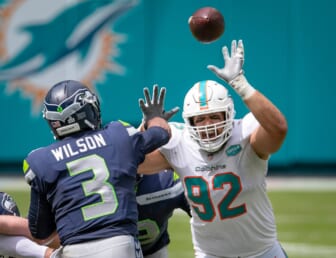 Byron Leftwich is one of the best NFL coaching candidates in 2022 and for good reason. As the play-caller for the most explosive offense in the NFL, teams want to bring his mind and coaching ability into their building. Tampa Bay finished the regular season 1st in Football Outsiders’ DVOA Offense rankings, averaged the second-most total yards per game (405.9) and they led the league in offensive touchdowns (61).

For anyone thinking this is purely a product of quarterback Tom Brady and a loaded offense, that’s a false assumption. Leftwich also called plays in 2019, when the Buccaneers started Jameis Winston at quarterback, didn’t have an elite offensive line and Rob Gronkowski was retired. The results back up the hype surrounding Leftwich.

Most importantly, this is a coach who can build a strong working relationship with his quarterback. Brady heaped praise on Leftwich before the Super Bowl, crediting him for his preparation, communication and football I.Q. Leftwich is also beloved by Bruce Arians, who is extremely confident that he will make a great head coach. The Miami Dolphins would be wise to interview Leftwich.

Jim Caldwell is one of the most underrated candidates available. The Detroit Lions have been the worst team in the NFL since 2000, cycling through bad head coaches every few years. But Caldwell won in Detroit, coaching this team to a pair of playoff appearances. Not only that, his winning percentage (.563) far exceeds any other Lions’ coach in the last two decades. As for his relationship with his starting quarterback, Matthew Stafford loved playing for him.

Keep in mind, Detroit only got Caldwell in the first place because of the Peyton Manning injury. In his first two seasons as the Indianapolis Colts head coach, Caldwell posted a 24-8 record in the regular season with an AFC title. After Manning’s season-ending neck surgery, the Colts went 2-14 with atrocious quarterback play and Caldwell was fired after the season. But Manning’s relationship with Caldwell and their influence on one another is well documented.

As owners and general managers look for the next Sean McVay, Kyle Shanahan or Matt LaFleur, everyone focuses on Kellen Moore. The former Boise State quarterback ended his playing career in 2017 and immediately joined the coaching ranks as the Cowboys’ quarterbacks coach. He worked closely with Dak Prescott, aiding his development into becoming one of the best passers in the league.

After turning down the chance to be Boise State’s head coach, Moore took over as the Cowboys’ play-caller. When Mike McCarthy came on, Moore was one of the few assistants from Jason Garrett’s staff who was kept around. The decision has paid off for Dallas, with Moore’s play-calling unlocking the offense and leading to an NFC East title.

Naturally, there will be a ton of competition for Moore. He is a bright, young coach who can relate to players, draws up great plays and there is even more room for him to grow. But if the Miami Dolphins are willing to pay, they’ll at least have a shot at landing the big fish.