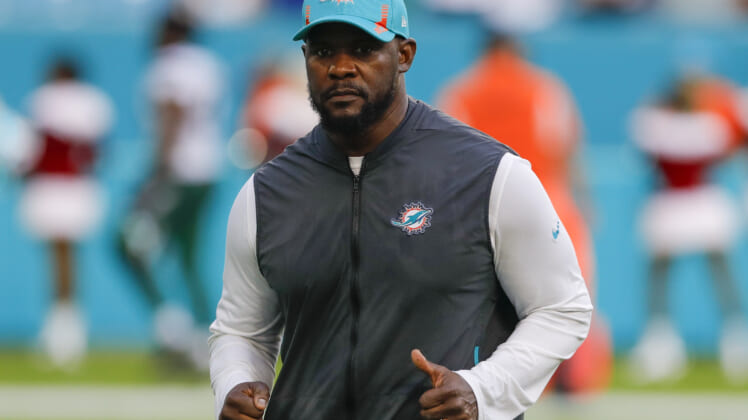 Flores was one of the leading coaches on the hot seat entering November when Miami held a 1-7 record. But the franchise turned it around, even after the Deshaun Watson trade didn’t materialize. The Dolphins ended the season with a 9-8 record, but it didn’t prove to be enough.

NFL Network’s Ian Rapoport first reported Miami fired Flores, with the Dolphins confirming the news in a statement. While Flores is gone, general manager Chris Grier will remain in charge.

Flores took over as Miami’s head coach in 2019, right as their rebuild began. Many believed it would be a multi-year effort before the team started winning consistently because it had one of the worst rosters in the NFL. But after a 5-11 season in his first year, Flores delivered a 19-14 record in his final two seasons.

Miami certainly has the money to attract a top coaching candidate and there is plenty of talent on the defensive side to compete right away. But questions at quarterback and negative perceptions around the league about owner Stephen Ross might push some coaching candidates to other jobs.