Miami Dolphins have over $20m in cap space, 4 free agents they need to still add

The Miami Dolphins have made some monumental NFL offseason moves in March, and it seems like they are far from finished adding veteran talent to their roster.

On March 25, ESPN NFL insider Field Yates broke the news that the team made a pair of moves to restructure some contracts and open up a good bit of fresh cap space for the franchise.

“The Dolphins converted $13.255M of CB Byron Jones’ base salary into a signing bonus, creating $10.604M in 2022 cap space, per source. The team also added $750K in cap space by reworking the contract of S Clayton Fejedelem,” Yates tweeted.

Obviously, some of this extra money might be earmarked to help pay for the game-changing additions of Tyreek Hill and Terron Armstead. They currently have over $20 million still available in cap space (via OvertheCap). With an AFC East title now in site, they can still make a couple of worthwhile moves to bolster those chances

With that in mind, here are four free agents the Dolphins should go after with their remaining cap space.

Shockingly, the five-time Pro Bowler is still available on the free-agent market. In an era where the passing game dominates the schemes on offense and defense, you can never have enough high-level cover men in the secondary. While both Byron Jones and Xavien Howard are sound cornerbacks, Stephon Gilmore would be an excellent upgrade.

The team made two major splashes on offense last month. With a solid amount of cap space left, they should now aim to make an equal splash to improve the defensive side of the ball.

Tua Tagovailoa has a heck of a wide receiver duo to toss the ball to in Hill and the returning former A-side wideout Jaylen Waddle. Just by sheer force of talent, Tagovailoa should have a markedly improved year when it comes to his numbers. That doesn’t mean the ‘Phins can’t continue to get their starting QB some more weapons.

Related: Miami Dolphins news – What did the ‘Phins give up for Tyreek Hill?

Earlier this month, their division rival Buffalo Bills cut veteran wideout Cole Beasley after one season. It’s safe to say the 32-year-old is on the back nine of his career. This is why he would be a perfect third WR and safety net for Hill and Waddle. You add in the upside of Mike Gesicki and all of a sudden Miami has one of the deepest and deadliest groups of pass-catchers in the league.

If Bobby Wagner becomes too costly then Carlos Dunlap is the next best option. Wagner’s fellow Seattle Seahawks castoff isn’t the linebacker tackling machine that his former teammate is, or has as many prime years left. However, where he lacks in tackles, he makes up for in a major way as a sound and consistent edge rusher. 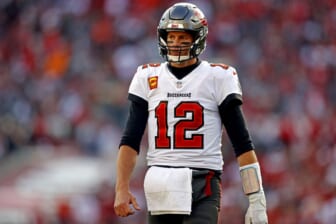 The two-time Pro Bowler is a proven commodity from a winning atmosphere and would fill a legitimate need for the franchise in 2022. Since Ogbah — a defensive tackle — led the team with 9.5 sacks in 2021. Plus, he would be an affordable need filler at that.

In his year 34 season, Janoris Jenkins is in the midst of his athletic decline. Nevertheless, he would be a fantastic addition to the Miami secondary, and give them a player that has long been known for having a nose for the ball.

Like Dunlap, Jenkins should come at a fair rate and is only a few years removed from a seaon when he snagged in four interceptions. For a team looking for clever additions on the cheap but with a strong resume, Jenkins is one of the best secondary options on the free-agent market. 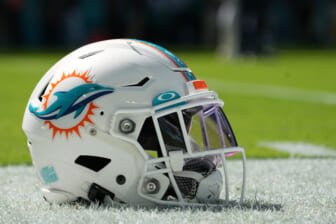