The 2022 Memorial Tournament presented by Workday kicks off Thursday for first round action in Dublin, Ohio at Muirfield Village Golf Club, a course made by 18-time major champion and tournament host Jack Nicklaus.

One of the highlights this week will be the return of Bryson DeChambeau, who was a last-minute scratch from the PGA Championship a few weeks ago due to recovering from hand surgery. As DeChambeau plays his first tournament since withdrawing from the Masters Tournament two months ago, the two reigning champions over the last three years – Patrick Cantlay and John Rahm – are here and ready to be atop the leaderboard come Sunday.

Here are top 10 players who can win on Sunday.

Since his Tiger Woods-hosted Genesis Invitational victory back in February, Joaquín Niemann has been rather quiet on the PGA Tour. Despite missing the cut the past two years at The Memorial, Niemann is 12th on Tour this season in scoring average because of the rate he is making birdies at.

If Niemann can navigate a tough course like Muirfield Village with birdies, he’ll be high on the leaderboard on Sunday.

If Homa can get his short game going to put him in easier putting situations, he will also be up in the running to hoist the trophy on Sunday. 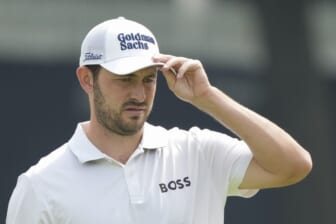 Xander Schauffele enters this week having taken a breather after the PGA Championship in Tulsa, Okla. a couple weeks ago.

After missing the cut in his first time playing at Muirfield Village in 2018, Schauffele has finished no lower than 14th, which came in 2019. Schauffele continues to do well at tough course created by Jack Nicklaus and is expected to be at or near the top on Sunday.

Cameron has played good golf all year and this week should be no different. In the 11 events he has played this season, Smith has only missed two cuts and has five top 10s, highlighted by two wins at the Sentry Tournament of Champions in January and the THE PLAYERS Championship in March.

Smith has yet to post a score under 70 at Muirfield Village and has the opportunity to do that in addition to make his first cut and climb the leaderboard before Sunday’s final day of competition.

Jordan Spieth enters his 10th Memorial Tournament this week and the goal for him is to get off to a good start. In last year’s first round, Spieth shot a 4-over 76 and had get hot on Friday with a 5-under 67 to get inside the cutline in order to attempt to make a run.

In 14 events this season, Spieth has made 11 cuts and has four top 10s, highlighted by a victory at the RBC Heritage and two second-place performances thus far. One of those top-10 finishes came last week at the Charles Schwab Challenge when he finished tied for seventh at -5. 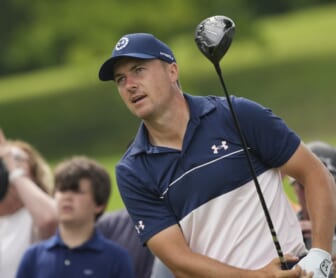 Will Zalatoris has been playing well all season long, highlighted by runner-up finishes at the first two majors of the year.

This will be Zalatoris’ first time playing at Muirfield Village since 2018 when he missed the cut at +4.

Don’t look too much into his missed cut in his first time playing at the Memorial, especially after his performance in his first appearance at Southern Hills for the PGA Championship, which was one of six top 10s Zalatoris has so far this season.

Collin Morikawa enters his third Memorial Tournament where he lost in a playoff to Patrick Cantlay 12 months ago. During his four rounds last year, he posted two, 6-under 66s that came in the first and third rounds.

What benefitted Morikawa last year was that he was ninth in the field executing greens in regulations.

So far this year, Morikawa has six top 10 finishes this year, including two second-place finishes and a fifth-place score at the Masters Tournament two months ago. He is also 11th in scoring average

If Morikawa can play the way he performed last year by hitting 73.2% of fairways and 66.7% greens in regulation, he is a name that can be at the top. 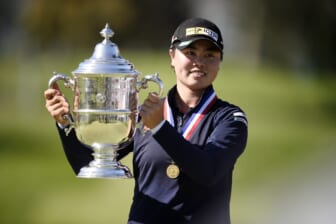 Rory McIlroy enters this week with three-straight top-10 finishes in his last three starts, including a runner-up finish at the Masters and an eighth-place finish at the PGA Championship a couple weeks ago.

McIlroy also had a fifth-place finish at the Wells Fargo Championship last month.

Over his last 12 rounds on three tough courses, McIlroy has six rounds in the 60s, including the final round of each tournament below 70.

The thing that hurt the Northern Ireland native at the PGA Championship was his third-round, 4-over 74 that took him out of the running.

If he can limit a score like that and play the way he did in 2016 and 2018 where he shot -13 and -11, respectively, he is another player that can be atop the leaderboard on Sunday.

Patrick Cantlay enters this week’s Memorial tournament as the reigning champion. He won last year in a playoff over Morikawa.

Despite missing the cut at the PGA Championship, Cantlay said he needs to stay confident, especially knowing that he has won this tournament two of the past three times.

“Anytime coming back to a place you’ve won before I think it’s advantageous,” Cantlay said Wednesday morning. “So many people have said how much between the ears it is. So, the more positive experiences you can rack up on the golf course, the better. This is a golf course where I definitely should be hitting it all the way around.”

Jon Rahm started out last year’s Memorial Tournament on fire as he was at -18 through three rounds of play and had a six-shot lead. However, his round got even crazier as he was told he had tested positive for COVID-19 and had to withdraw from the tournament.

Rahm, who had won the Memorial Tournament the year before in 2020, said he’s more focused on how well he has played rather than negativity that last year brought.

“Not going to lie, it was nice to be able to walk into the clubhouse this time and enjoy the little area they have, the Champions Locker Room,” Rahm said Tuesday. “So that was fun. A few flashbacks here and there. Besides that, it’s all good vibes. It’s a golf course that I enjoy.

“It’s a golf course that I like and I’m comfortable on, so hopefully I can do it a third year and keep playing good golf or give myself a chance on Sunday.’’