LIV Golf has been one of the biggest stories in the world of golf this year. But what is this new series that has garnered so much attention and is starting to reel in some elite players? In this space, you can find everything you’ll need to know about this new and controversial golf circuit financed by the Saudi Arabian government.

How to watch LIV Golf

LIV Golf does not yet have a television partnership with any major network or streaming service. However, the series will air on formats most golf fans have easy access to. LIV will broadcast its events on:

Calling the action will be the long-time voice of the Premier League games in the United States, Arlo White, and veteran Golf Channel reporter Jerry Foltz.

Which PGA stars are switching to LIV?

LIV Golf has drawn a great deal of attention in the sports world because of the major stars that are planning to play for the new tour in 2022, including several major champions. Here are some of the biggest names that will be competing for LIV this year.

What is LIV Golf?

The LIV Golf International Series is a new golf tournament circuit that is being led by CEO and retired legend Greg Norman. The eight-tournament series will include seven regular-season events, with the first taking place on Thursday, June 9 in London, England. The final event in October will be a team championship team contest in Miami. 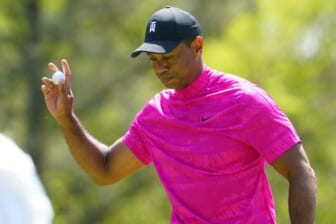 LIV is being financed by the Saudi Arabian Public Investment Fund. This essentially means the circuit is owned by the Saudi government, which has a pretty poor human rights record. One of the most recent instances saw Crown Prince Mohammed Bin Salman order the killing of Saudi native and Washington Post journalist Jamal Khashoggi.

What does LIV mean?

The LIV in this new tour’s name are actually the Roman numerals L, I, and V. Which when added up equals 54. The same amount of holes will be played at each LIV Golf tournament.

How does LIV work?

LIV Golf is meant to be an alternative to the world-famous PGA Tour and does so by differing in format. Each tourney will have 48 players in four teams of 12, selected via a draft the week of the tournament. Every team will also have a LIV-appointed captain.

Each event will have three rounds, and 54 holes in total. Every player will start at the same time at different holes, instead of staggered start times, and there will be no cuts 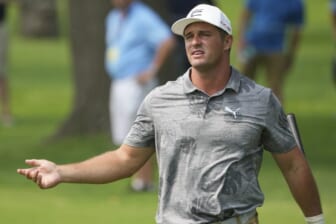 The individual elements of the event will be scored by traditional stroke play. The team part will be decided by counting the best two stroke-play scores over the first two rounds for each team. In the final round, the best three scores will count. The team that has the lowest total after 54 holes get the victory.

LIV will feature eight events and take members of its star-studded roster, like Phil Mickelson, Dustin Johnson, Sergio Garcia, and Kevin Na, to major cities in the US, Europe, Asia, and the Middle East. Below you can find the LIV schedule with the dates and cities for the circuit’s inaugural eight tournaments.

Why are PGA Tour players leaving for LIV Golf?

LIV Golf is handing out some sizable guaranteed paydays. A total of $255 million will be awarded over the first 8 tournaments and is a reason why Mickelson, Garcia, Johnson, and recently Bryson Dechambeau and Patrick Reed, are leaving the PGA for LIV. 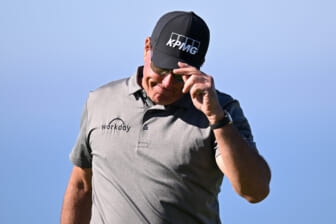 As much as $25 million will be paid out at each event with $20 million going to individual prizes and $5 million to team winners. The top three players at the end of the regular season will also share a $30 million purse ($18 million for first, $8 million for second, and $4 million for third). Lastly, another $50 million will be awarded at the team match-play championship.

In the PGA Tour if players don’t make the cut in various rounds they don’t get paid at all, but in the LIV there is no cut, and all 48 players bank bucks at each event.

Will players who compete on the LIV Golf circuit be eligible for majors?

In June, the PGA Tour officially suspended current members and those that recently resigned from competing in all future events and other series sanctioned by the professional golf body. However, most of what is considered golf majors are run independently of the PGA’s control.

That is why the likes of Mickelson and Garcia are expected to compete at this year’s US open since they meet the eligibility requirements of the tournament despite being in the middle of a building war between PGA and LIV.

However, time will tell if the majors decide to side with the PGA, especially considering the controversies surrounding LIV’s financial backers.