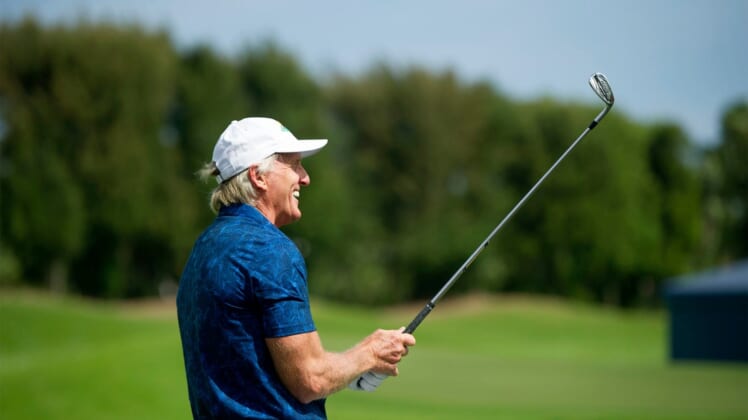 The series has previously been referred to as the Super Golf League.

The Saudi-backed series will dole out $255 million in total purses.

Greg Norman, the CEO of LIV Golf Investments, said the first tournament will be held June 9-11 at Centurion Golf Club in London, England. The series will include four events in the United States.

“I want golf to grow, players to have additional opportunities, and fans to have more fun,” Norman said in a release. “My mission is to help the game reach its full potential and we know the role of golf as an entertainment product is critical to overall participation in the sport. In many ways, we are a start-up. We have a long-term vision and aim to grow. I believe we have a very bright and exciting future.”

It’s unknown which players will be participating and which broadcast partners will be involved.

“Our events are truly additive to the world of golf,” Norman said. “We have done our best to create a schedule that allows players to play elsewhere, while still participating in our events. I believe players will increasingly make progress in achieving their right to play where they want. We will help in any way possible and will provide golfers with opportunities to achieve their full potential.”

PGA Tour commissioner Jay Monahan, however, has been publicly adamant that any golfer from the PGA Tour who opts to play in the LIV Golf Invitational Series will face a lifetime ban from the tour.