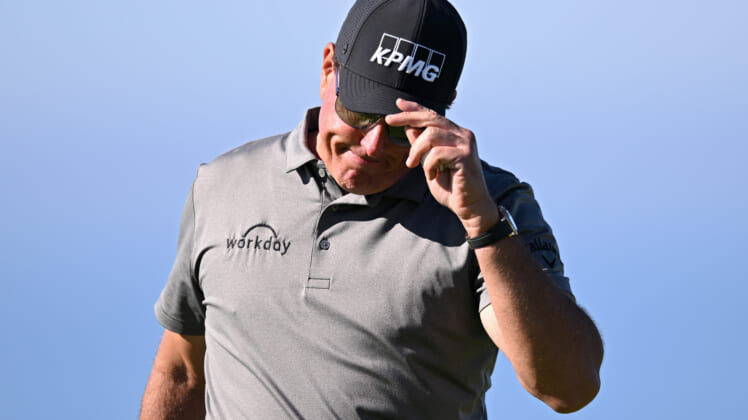 The PGA Tour punishment hammer has finally fallen, as it has officially suspended any and all players competing in the LIV Golf series from future events, as the war between the two golf tours moves to another level.

On Thursday, the PGA backed up its warning of disciplinary action made to members over a month ago when the tour’s commissioner Jay Monahan announced in a memo the suspension of all players competing for LIV Golf from future PGA events and other sanctioned tours.

Related: LIV Golf – Everything you need to know about the PGA’s new rival

“Their participation in the Saudi Golf League/LIV Golf event is in violation of our Tournament Regulations. The same fate holds true for any other players who participate in future Saudi Golf League events in violation of our Regulations,” Monahan wrote. “These players have made their choice for their own financial-based reasons. But they can’t demand the same PGA TOUR membership benefits, considerations, opportunities, and platform as you. That expectation disrespects you, our fans, and our partners.

“I am certain our fans and partners — who are surely tired of all this talk of money, money, and more money — will continue to be entertained and compelled by the world-class competition you display each and every week, where there are true consequences for every shot you take and your rightful place in history whenever you reach that elusive winner’s circle.”

In accordance with the tour’s member guidelines, players competing this week for LIV without releases are suspended or no longer eligible to participate in future PGA tournament play, including the Presidents Cup. The ruling also applies to all leagues sanctioned by the tour, like the Korn Ferry Tour, PGA Tour Champions, PGA Tour Canada, and PGA Tour Latinoamérica.

The suspension even includes players like Sergio Garcia and Dustin Johnson, who recently resigned from the PGA in the hopes of avoiding an official punishment.

LIV Golf fires back at PGA Tour for suspensions

In a separate statement released after the announcement, LIV called the PGA “vindictive” and proclaimed that now was the new era of professional golf free agency.

“It’s troubling that the Tour, an organization dedicated to creating opportunities for golfers to play the game, is the entity blocking golfers from playing,” LIV said. “This certainly is not the last word on this topic. The era of free agency is beginning as we are proud to have a full field of players joining us in London, and beyond.”

LIV is led by its CEO and former PGA great Greg Norman. Part of the allure for players like Phil Mickelson, Dustin Johnson, Garcia, and Bryson DeChambeau — players who have officially signed on with LIV or are rumored to have joined — are the massive paydays competitors are receiving. 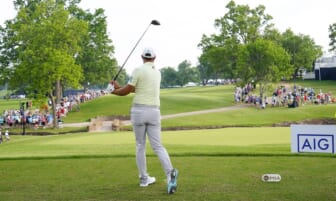 LIV is backed by the Public Investment Fund of Saudi Arabia, which is an arm of the Saudi government. Players have reportedly received sizable signing bonuses of more than $100 million for joining the new tournament series and each event will feature $30 million in winnings for competitors.