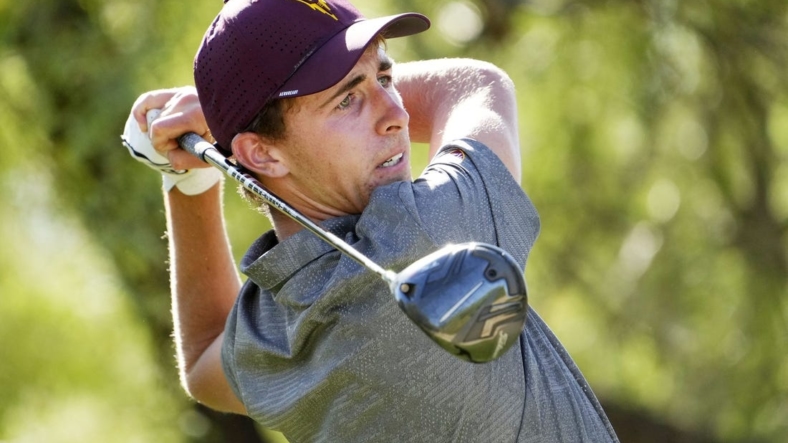 One of the best players in college golf, David Puig, is jumping straight to the LIV Golf Invitational Series.

Puig, a native of Spain who was a two-time All-American at Arizona State, announced on social media Monday that he is turning pro.

“Although it has probably been the hardest decision that I’ve ever made, I’ve decided to turn professional this week,” Puig wrote. “However, I’m still an ASU student and plan to graduate in the next year. My base will be in Tempe, hopefully forever. What a great place to live and become a champion golfer!”

Puig did not mention the controversial LIV Golf circuit by name, but he had already been announced as part of the field for this week’s LIV Golf Invitational Chicago, a replacement for countryman Adrian Otaegui on Torque GC.

In addition, the 20-year-old played in two LIV tournaments as an amateur. He finished 40th at the circuit’s debut event outside London and 42nd in Bedminster, N.J. He was the ninth-ranked amateur in the world before turning pro.