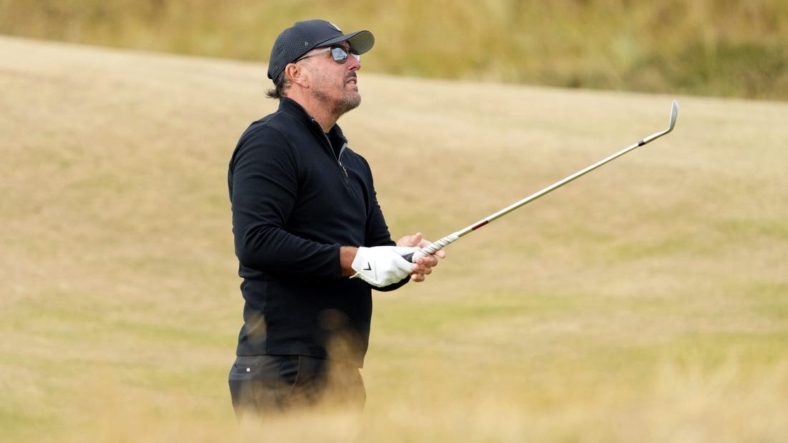 In an interview with Sports Illustrated, Mickelson said LIV Golf provided the pressure the PGA needed to make changes he long advocated for. Among them are increased purses, including the announcement last week that 12 “elevated” tournaments in 2023 will have at least $20 million in prize money.

“My commitment now is with LIV,” said Mickelson, 52. “We’ve made some major disruption to the sport of golf and have created some really unique opportunities for players and fans. And we’re just getting started.”

“I think players on both sides of LIV and the PGA Tour are appreciative of what is happening,” Mickelson said. “Every player is benefiting.”

Mickelson is the lead plaintiff of an antitrust lawsuit against the PGA Tour. He and other tour players, who include such notables as Dustin Johnson, Patrick Reed and Brooks Koepka, have been suspended from the PGA Tour.

The latest to defect was Australian Cameron Smith, the No. 2-ranked player in the world and the reigning winner of The Open Championship, who admitted the big money offered by the rival circuit was among the chief reasons to leave the PGA Tour.

Despite the suspension, Mickelson said he is optimistic he and the other eligible LIV players will be allowed to compete in next year’s major tournaments, beginning with the Masters in April.

“I believe that the leaders of the majors are really brilliant people who love the game of golf,” he said. “And I believe they understand how not having many of the top players in the world undermines their events. And how that would hurt the game of golf.”

“I believe these organizations will come together in time and find a solution,” he continued.

LIV Golf is holding its fourth of eight events on the 2023 schedule this weekend at International Golf Club in Bolton, Mass.