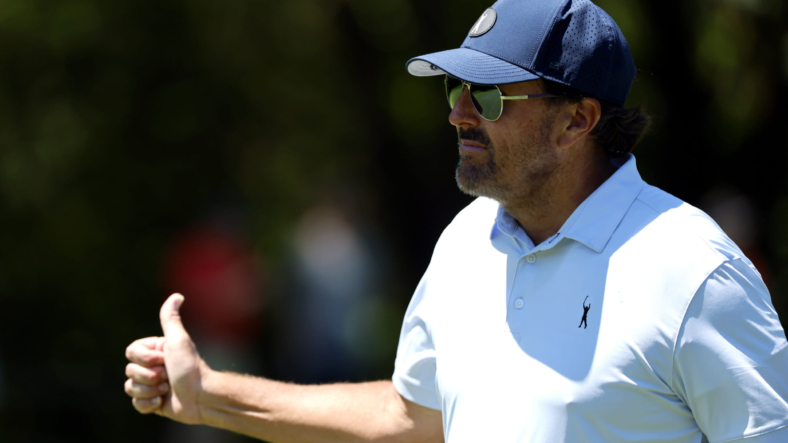 PGA Tour great Phil Mickelson believes the legendary golf circuit and its new competitor LIV Golf need to work together for the betterment of the sport because LIV is going nowhere.

Over the last six months, the PGA and LIV have been locked in a war for supremacy in the world of professional golf. The new tour backed by the finance department of the Saudi Arabian government has been able to acquire many top 100 players by offering up massive signing bonuses and tournament purses. In an attempt to stop athletes from double dipping in both leagues, the Professional Golfers’ Association has suspended tour members that are also competing for LIV.

Despite the bans and many current PGA players trying to rouse solidarity among the ranks, it has not stopped the mass exodus of stars taking their talents exclusively to LIV. Recently, the 2022 Open champion and one of the highest ranked players in the world, Cameron Smith, left the Professional Golfers’ Association for their top competitor.

The man who was the first true superstar player to make the switch is three-time Masters champion, Phil Mickelson. He began the parade of high-level players from the Tour to LIV, and he believes the top golf league in the sport needs to stop their attempts to try and snuff out the competition because LIV Golf is “here to stay.” In his mind, it would be in the best interest of golf as a whole for the Tour and LIV to work together. 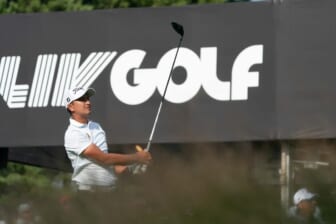 LIV is in the midst of its sixth event this season, which is being held at the Rich Harvest Farms in Chicago, Illinois.