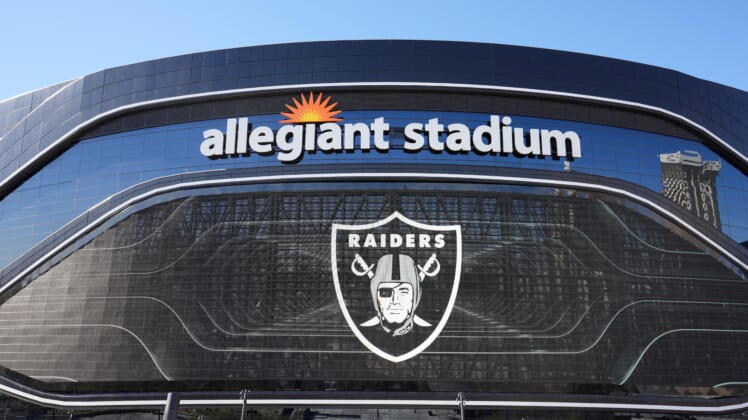 After days of prime-time game leaks, the NFL released the full 2022 season schedule on Thursday. Though we already knew the opponents for each team, the dates matter, with bye weeks, travel mileage and stretches of home and road games in critical stretches of the campaign.

The Las Vegas Raiders have to take advantage of early breaks before a cluster of midseason road games and a challenging finish late in the season.

As fans circle dates in preparation to attend games, let’s break down the schedule in a lead-up to an early win-loss prediction for the Silver and Black.

No DeAndre Hopkins in Week 2

The Raiders catch a break in their Week 2 home opener against the Arizona Cardinals, who won’t have wideout DeAndre Hopkins for that outing because he’s going to serve a six-game suspension for violating the league’s performance-enhancing drug policy.

Don’t sleep on the Cardinals though. They acquired wideout Marquise Brown from the Baltimore Ravens in a draft-day trade. He has a rapport with his former Oklahoma teammate, Kyler Murray. The duo shouldn’t take long to re-establish their connection.

Defensive coordinator Patrick Graham won’t have to game plan for a three-time All-Pro wide receiver, but he must slow Brown and slot wideout Rondale Moore, who have a lot of speed on the perimeter. Murray’s ability to extend plays makes it important for the defensive backs to limit big receptions over the top and yards after the catch.

Right now, the Raiders don’t have a top-notch cornerback to match up against the league’s most elite receivers. Trayvon Mullen Jr., who recently had an unspecified surgery, and Rock Ya-Sin should be able to match up with Brown and soon-to-be 34-year-old A.J. Green with Nate Hobbs in the slot.

Some Raiders fans may not like an early bye week because of a non-stop run from late October through early January. On the flip side, they’ll have a chance to work out early tweaks with a new coaching staff.

Some clubs that underwent a transition in the coaching ranks may struggle early in the season because of the changes. If the Raiders stumble out of the gate with new head coach Josh McDaniels, who’s also the offensive play-caller, they’ll have an extra week to iron out those wrinkles mid-October.

Also, keep in mind that the team revamped its defensive line to suit Graham’s personnel preferences. Maxx Crosby has played in an even-man front under former defensive coordinators Paul Guenther and Gus Bradley. If the front seven isn’t in sync, the coaching staff can address inconsistencies during a week without a game.

One home game between Weeks 8 and 12

This isn’t a break for the Raiders, though it’ll test their focus. In years past, the club faltered under former head coach Jon Gruden around Thanksgiving. Last year, former interim head coach Rich Bisaccia flipped that trend, and Vegas won its last four regular-season games to clinch a playoff berth.

This year, Weeks 8 through 12 span from October 30 to November 27. Within that time period, the Raiders will only host one contest at Allegiant Stadium. The first two games start at 10 a.m. PT (1 p.m. ET) at the New Orleans Saints and Jacksonville Jaguars.

The Jaguars could see a turnaround with Super Bowl-winning head coach Doug Pederson taking over a team with the No. 1 overall pick from the 2021 draft in quarterback Trevor Lawrence.

Three of the last four games at home

After a couple of matchups against the Los Angeles Chargers (at home) and Los Angeles Rams (on the road), the Raiders return home for three of its last four contests. They’ll square off against playoff teams from the 2021 season in those matchups.

The New England Patriots, San Francisco 49ers and Kansas City Chiefs will come to Allegiant Stadium between Weeks 15 and 18.

McDaniels will go against his former team, and he’ll match wits with two of the top offensive play-callers in 49ers’ head coach Kyle Shanahan and Chiefs’ head coach Andy Reid in a critical stretch that may have significant playoff implications. In the middle of some home cooking, the Raiders will go to Heinz Field in Week 16 for what might be a cold-weather game against the Pittsburgh Steelers on Christmas Eve.

In a late-season race with division rivals and other AFC squads, the Raiders can potentially earn a playoff spot if they take care of business at home.

None of the AFC West teams will run away with the division title this year. This offseason, the Raiders, Chargers and Denver Broncos have all added star players who move the needle. The Chiefs lost their most explosive playmaker in wideout Tyreek Hill, a starting cornerback in Charvarius Ward and a starting safety in Mathieu. They’ll need rookie first-rounders George Karlaftis and cornerback Trent McDuffie to contribute right away to fill some holes on defense.

In a division with all four teams likely clumped together, the Raiders must go at least .500 against their rivals (3-3) to avoid losing potential head-to-head tiebreakers. If they do that, 7-4 outside of the AFC West seems plausible with their offensive talent and a pair of pass-rushers who can mask an average secondary.

Graham has to coach up or find a boundary cornerback to replace Casey Hayward. Perhaps Rock Ya-Sin plays up to his potential or the team makes a strong push for free-agent cornerback James Bradberry, who played under Graham for two seasons with the New York Giants. He also has to put safety Johnathan Abram in a position to succeed where opposing quarterbacks cannot expose him in one-on-one pass coverage.

Most importantly, the Raiders have a lot of work to do with their offensive line, but they tied for 10th in yards per play with a shaky front line last season.

In 2021, quarterback Derek Carr proved that he can lead the Raiders to critical wins without the perfect supporting cast. He lost his head coach (Jon Gruden), big-play receiver (Henry Ruggs III) and tight end Darren Waller didn’t play in five of the last six regular-season games. Now, he has a high-end pass-catching trio in Davante Adams, Hunter Renfrow and (healthy) Waller.

The Silver and Black finish with 10 wins, and its Week 18 matchup against the Chiefs could be a win-and-in scenario similar to last year’s season finale against the Chargers.