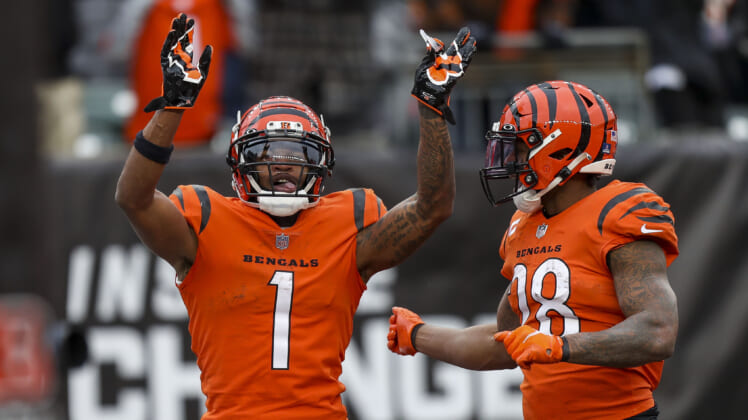 While there are still 23 regular-season games left to play, Cincinnati Bengals wide receiver Ja’Marr Chase has essentially locked himself into winning the NFL’s Offensive Rookie of the Year award. Taking on the Kansas City Chiefs defense today, who have been lights out as of late, Joe Burrow kept the LSU college connection flowing.

Seeing 12 targets come his way, Chase snatched 11 of them. Chase made the most out of his opportunities, going off for 266 yards and three receiving touchdowns. Two of his touchdowns went for 69 and 72 yards, using his blazing speed to run past all athletes on the field.

It was his third multi-touchdown game this season, and his third with 159 yards or more, including now having two 200+ yard efforts. Not bad for a first-year player who some thought would be a bad pick for Cincinnati. Many felt they should have selected offensive tackle Penei Sewell instead, who went two selections later.

Already in a tight race to win the OROTY award, with New England Patriots quarterback Mac Jones also putting up a fight, among others, Chase just catapulted himself as the clear leader. Chase now has incredible numbers for a first-year receiver.

Not only did the Bengals manage to take down the Chiefs, clinching a playoff spot in the process, Chase has become a full-fledged superstar alongside Burrow. It’s an incredible storyline in Cincinnati and it’s one that bears watching for the next 10 years. 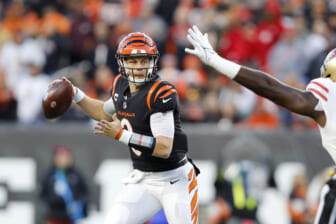 Also Read:
Joe Burrow coming out party has Cincinnati Bengals on the verge of greatness

Can the Bengals erase their stigma as a lower-tier organization? They appear to be changing the narrative within one year of selecting Burrow. What a perfect plan. But the way they’ve executed it has been even better.

Two years ago, the Bengals were without an identity, now they are a franchise that looks poised to take over the AFC North and run with it for the foreseeable future. Of course, Lamar Jackson may have something to say about it, but for now, Bengals fans should embrace the moment.

It’s hard to argue any other team having a better young QB-WR duo than what the Bengals have right now with Burrow and Chase. It’s a potent combo that could make them a force to be reckoned with in the playoffs.