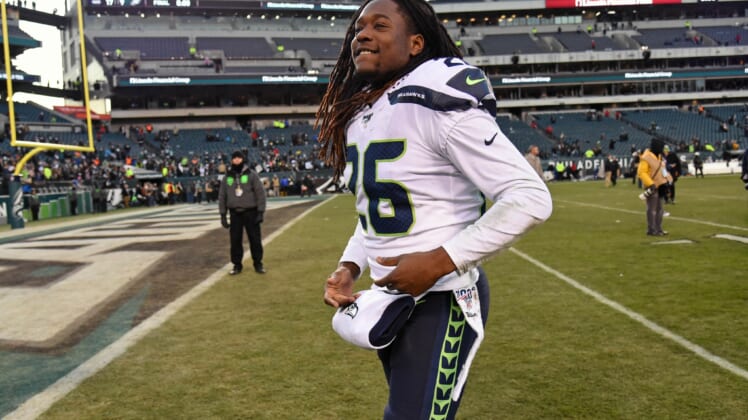 Longtime Seattle Seahawks cornerback Shaquill Griffin has found a new home in free agency with the Jacksonville Jaguars, who agreed to terms on a three-year deal with the veteran defensive back on Tuesday.

Griffin was a third-round pick in the 2017 NFL Draft, and developed into a solid starter for Seattle. Unfortunately, the Seahawks couldn’t pay up enough to keep him in the fold.

NFL Network’s Ian Rapoport reported the news of Griffin’s homecoming, as the St. Petersburg, Florida, native who played college football at Central Florida is returning to the Sunshine State.

It’s hardly a surprise that Jacksonville managed to lure Griffin back to Florida. Legendary head coach Urban Meyer has rebuilt every program he’s inherited quickly at the college level, including at the University of Florida, and the Jaguars had the most salary cap room in the NFL to play with.

Cornerback was a clear area of need for the Jags, and Griffin was definitely among the best players at the position on the open market. The match makes sense on a variety of levels, and it certainly doesn’t bode well for the Seahawks, who made a “strong push” to keep Griffin, per Rapoport.

Seattl is having a rough offseason as it is in dealing with a possible trade involving disgruntled quarterback Russell Wilson.

Having played for a winning culture under another college coach who successfully made the transition to the NFL in Pete Carroll, Griffin has perhaps a better idea than anyone on what it takes to make that switch. Meyer can count on Griffin to be an exemplary leader in the locker room and in the secondary.

Interestingly, Jacksonville acquired another St. Petersburg-born free agent on Monday, signing safety Rayshawn Jenkins away from the Los Angeles Chargers to presumably fill one of the starting roles in the defensive backfield.

Jenkins was a top-25 safety in coverage last season, per Pro Football Focus, while Griffin’s best work came in 2019, when he registered a top-10 overall PFF grade among qualifying cornerbacks. That level of performance presents a massive upgrade from what the Jaguars experienced in posting a 1-15 record in 2020.

Griffin pairs nicely opposite last year’s first-round pick C.J. Henderson, who had a rocky rookie campaign without much talent around him, not to mention a lack of viable veteran mentors and a lame-duck coaching staff to lean on. As Henderson eyes taking a big step forward in Year 2, it’ll help to have someone like Griffin to help him along and encourage him.

There’s still a ton of money for general manager Trent Baalke and Meyer to spend as they continue to rebuild this Jacksonville roster, and the next target could be a premium edge-rusher such as Carlos Dunlap, Jadeveon Clowney or Melvin Ingram.

Anything that can be done to help the defense will be key for the Jags as they try to contend in the AFC South in 2021. They’re also loaded with draft capital, including the No. 1 overall pick in the 2021 NFL Draft, which will likely be used to select Clemson quarterback Trevor Lawrence.

The impending arrival of Lawrence is another selling point for the Jaguars as they continue to hunt for free agents, and their cap flexibility enables them to offer more guaranteed money than other suitors if they so desire.