How To Watch Duke Blue Devils Basketball Live in 2022 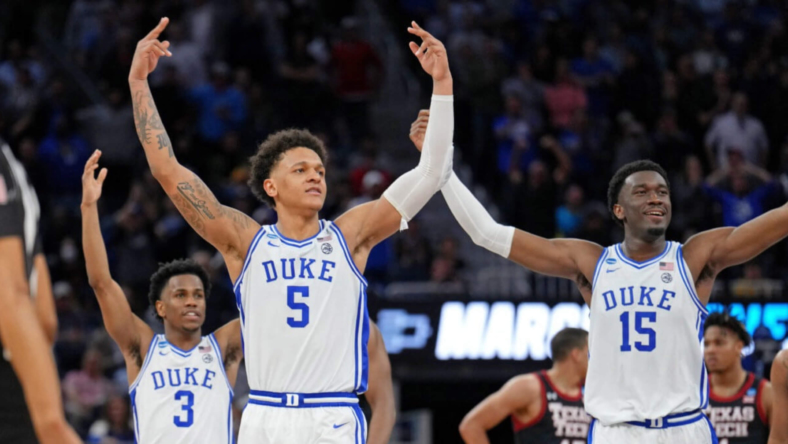 The Duke Blue Devils are one of the best teams out there; in fact, they’re tied with UCLA for the fourth all-time NCAA Championships with five victories under their belt. The team also boasts 17 Final Fours, and the NCAA-best tournament wins percentage. The team is just as prestigious as the school it calls home, and fans have a lot to cheer for.

Jon Scheyer took over as head coach in June of this year, and it will be interesting to see how he leads the team in the upcoming season. That’s a lot of pressure as he tries to fill the legendary Mike Krzyzewski’s shoes.

Whether you’re a long-time Blue Devils fan or you’re just discovering the team, the 2022-23 season will be pivotal for the team. You can catch nearly all the Blue Devils’ games on ESPN, the ACC Network, and channels like ABC and CBS.

Where can you stream almost all of the Duke Blue Devils games?

The ACC Network is home to the majority of Duke Blue Devils games, with few being aired here or there on other channels. You’ll need a streaming service that includes the ACC Network as well as other potential channels the games will show on. This list includes FuboTV, Sling TV, YouTube TV, DIRECTV STREAM, or Hulu + Live TV, all for relatively low month-to-month costs.

Of all streaming platforms, Sling TV offers the best value. At just $40 for its most basic plan, Sling Orange is an affordable choice that’s catered to collegiate sports. Sling Blue is more for professional football fans. If you want the best of both worlds, you can combine Sling Orange and Sling Blue for just $55 per month.

Sling Orange has ESPN, but it doesn’t include the ACC Network. For that, you’ll need the Sports Extra add-on for another $11 per month. Even with that added expense, you’re still only paying $51 per month (or $66 at most) for all the channels you need to follow your favorite team — way less than if you had Hulu + Live TV or another competitor.

Other ways to watch the Duke Blue Devils live this season

You can find the full Duke Blue Devils schedule here on ESPN.com.