Paramount Plus Review 2022: Is This Low Cost Streaming Service Right For You?

At less than $5 per month, Paramount Plus offers a budget streaming service deal. But is it worth the monthly subscription? 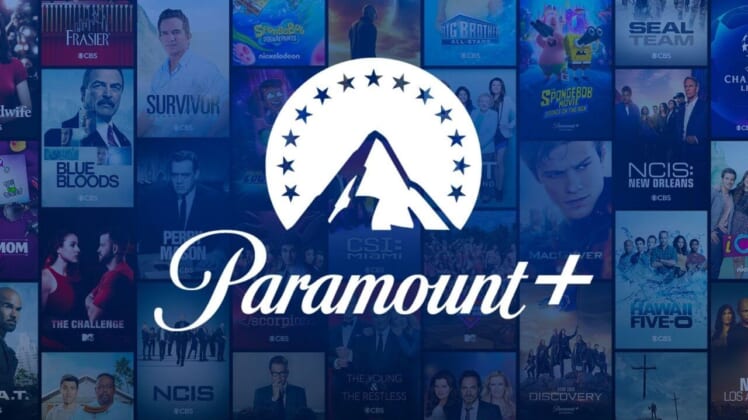 Paramount Plus is a mashup of streaming services designed to give you a little bit of everything when it comes to content. It offers ad-supported and ad-free options, live TV streaming, major movie releases, and a variety of genres you’ll love. The service has a lot to offer — especially for just $4.99 per month. Read on in our Paramount Plus review to see if this streaming service is the right fit for you.

What plans does Paramount Plus offer?

Paramount Plus is the rebranded streaming service that replaced CBS All Access. For just $4.99 per month or $49.99 per year, you’ll be able to watch all of the provider’s network stations, including CBS News, CBSN, CBS Sports, and CBS Home Entertainment. And, the service offers a seven-day free trial for new subscribers (trial length can vary due to current promotional offers). The platform guarantees at least 1,000 live sporting events per year, including NFL games, the PGA Tour, NCAA March Madness, and the UEFA Champions League.

You’ll also find thousands of hit movies and TV shows in the Paramount Plus on-demand library. The streaming service is ideal for fans of classics like “I Love Lucy” and “Star Trek” or newer offerings like “Blue Bloods” and “Young Sheldon.” The service also offers a wide range of favorite films like “Stand By Me” and “The Godfather Trilogy.”

Paramount Plus, however, lacks several hit TV shows you might expect to see in the lineup, such as “Yellowstone” and “Two and a Half Men,” which are both available on Peacock, and “The Big Bang Theory,” which is available on HBO Max. Paramount wagered that some of its most popular content would be more valuable on other networks rather than on its home network, Paramount Plus. So, keep in mind that unlike Disney Plus or SHOWTIME, not all Paramount Originals are available with this streaming service.

The Paramount Plus Premium plan costs $9.99 per month or $99.99 per year and also offers a seven-day free trial (trial length can vary due to current promotional offers). With this plan, you’ll be able to live stream your local CBS station and download your favorite shows and movies to watch at a later time. The best perk? This plan has ad-free streaming for the on-demand content library.

Aside from the occasional interruptions showcasing Paramount’s new and upcoming titles, you’ll be able to watch your favorite shows and movies on-demand without distractions or abrupt commercial breaks. The Premium plan is a solid choice for those willing to pay a few extra dollars for a seamless, ad-free streaming experience, as well as offline downloads and access to your local CBS channel.

What add-ons does Paramount Plus offer?

While Paramount Plus doesn’t currently offer add-ons to personalize your subscription, the service does provide an option to bundle your plan with SHOWTIME for added entertainment. With this bundle, you’ll get access to the entire catalog of SHOWTIME Originals, as well as an additional library of popular movies and TV shows. You’ll even be able to live stream the SHOWTIME East and West networks. Here’s how the pricing breaks down for the Paramount Plus and SHOWTIME bundle:

Paramount Plus offers live sports access through CBS. The network promises to stream over 1,000 live sporting events yearly, in addition to on-demand sports coverage and a live sports news broadcast. Football fans can enjoy NFL games on CBS channels, college football games broadcasted on SEC, and popular series like “Inside the NFL” from the Paramount Plus library.

In terms of sports coverage, the service isn’t just limited to football. Basketball fans can enjoy games from the NCAA March Madness college basketball tournament, and golf fans can catch live coverage of The Masters, the PGA Tour, and the PGA Championship. Paramount Plus is also the only streaming service in the US where you can watch English-language coverage of every UEFA club competition match — a huge plus for soccer fans. On top of live games, Paramount Plus includes CBS Sports HQ, which streams sports-related content 24/7.

How does Paramount Plus compare to other streaming services?

With the Paramount Plus Essential plan price at just $4.99 per month, it’s one of the cheapest streaming services on the market. The plan is a no-brainer for viewers who want to drown in binge-worthy movies and TV shows. However, the low price comes at a cost — in this case, a much smaller streaming library. This means that Paramount Plus likely won’t replace your current Netflix, Hulu, or Amazon Prime Video subscription. But, it’s still a great option if you’re looking for refreshing content or want to revisit old-time favorites that you can’t find anywhere else.

Unlike premium subscription networks like Disney Plus or SHOWTIME, Paramount Plus doesn’t always keep the streaming rights to its most popular originals. Instead, shows like “Yellowstone” and “The Big Bang Theory” appear on rival networks like Peacock and HBO Max. However, casual viewers and sports fans may benefit from a Paramount Plus subscription thanks to its low monthly price, nostalgic lineup, and extensive sports selection.

What are the downsides of Paramount Plus?

While the Paramount network has some big hits, you won’t always find them on Paramount Plus. Instead, the network divides its most popular originals between Paramount Plus and rival networks like Peacock or HBO Max.

What makes Paramount Plus stand out?

Paramount Plus combines the best features of other streaming services into one. Like Netflix, it has a variety of familiar shows to enjoy. Like Hulu, it has both ad-supported and ad-free plans from which to choose. Similar to Disney Plus, there’s a variety of content for kids, and similar to Peacock, there’s a live TV element for viewers to stay up-to-date on sports and news. Paramount Plus offers many convenient features for one of the most affordable prices on the market.

How to cancel my Paramount Plus subscription

Canceling your subscription is simple. Here’s the step-by-step process:

Once you’ve canceled your subscription, you’ll continue to have access to Paramount Plus for the remainder of the billing cycle.

Is Paramount Plus worth it?

Paramount Plus is an excellent streaming service that offers a little bit of everything. While it may not have the most enticing lineup of Paramount Originals, the on-demand library has many past-time and current favorites. The service also offers a decent selection of live sports for football, basketball, soccer, and golf fans. Overall, Paramount Plus is definitely worth the low monthly subscription cost, but it may not be the best standalone service for viewers who want a more extensive lineup of their favorite networks and shows.

What does Paramount Plus include?

Is there a difference between Paramount and Paramount Plus?

Paramount Network is a traditional cable channel for viewers that pay for cable TV. On the other hand, Paramount Plus is a streaming service available to anyone with a Wi-Fi connection for just $4.99 per month.

What are the benefits of Paramount Plus?

In addition to low monthly costs and easy access to the content you love, Paramount Plus is an affordable way to stream CBS networks live and catch your favorite sports, complete with an on-demand library with thousands of shows and movies to enjoy.