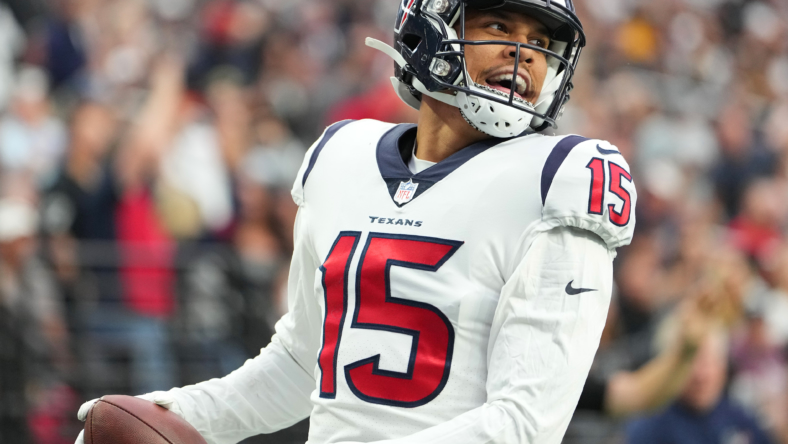 Houston Texans quarterback Davis Mills, who already had one outstanding touchdown pass to Teagan Quitoriano for an early TD, threw an absolute dart to Chris Moore for another touchdown that initially ended in mass confusion.

While one official signaled it was a touchdown, another official closer to the play called the pass incomplete, ultimately making the ruling on the field incomplete.

Do you follow? So while the replay review circus began, ultimately what everyone in the announcing booth all seemed to agree on was called correctly and justice was served. Chris Moore did in fact score a touchdown on a truly sensational grab.

The very specific ruling on the field was determined to be a touchdown because Chris Moore “survived the ground.” Man, you got to love these creative refs about as much as Jerry Jones.

Related: Davis Mills’ future with the Houston Texnas up in the air

Mills, the second-year starter, went into halftime 8-of-9 passes for 90 yards and two touchdowns. Rookie Dameon Pierce is also clicking on all cylinders with 13 carries for 88 yards.

Now is the Philadelphia Eagles defense suddenly vulnerable or is this the product of “short week play?”

Honestly, who knows and who cares? Because whether you’re a Texans fan or just a fan of competitive “Thursday Night Football” you simply could not ask for anything more right now.