Jerry Jones has not seen any disciplinary action from the NFL for the costume thus far. 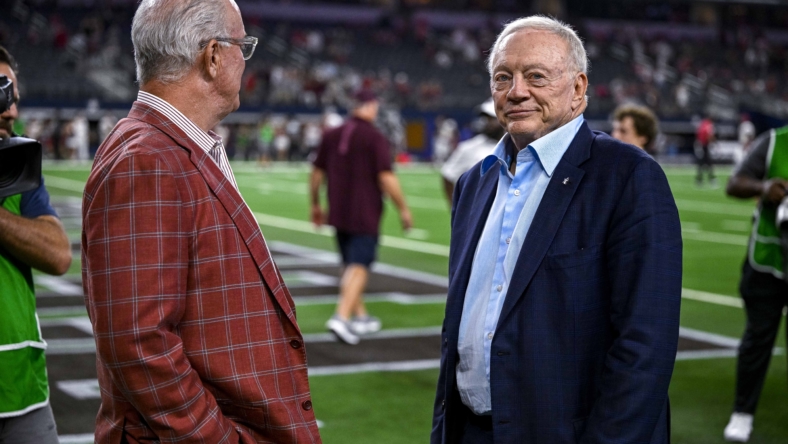 Jerry Jones had himself a little fun over Halloween weekend and it did not involve the typical kind of shenanigans with the Dallas Cowboys owner and his “good ole boy antics.”

Rather a “blind referee” costume is making the rounds on the internet to the point it has drawn the ire of the National Federation of the Blind.

To be more specific and for clarification purposes, Jones dressed up as a referee wearing a pair of sunglasses and with a walking stick in tow. It was a very direct way of taking a seemingly harmless shot at NFL officials who we all complain about on a weekly basis, either for missing clear penalties or making straight-up awful calls.

That Tom Brady roughing the passer call still sticks out as patently ridiculous and that was nearly a month ago. But that’s neither here nor there. The point is Jones used a Halloween outfit to make a joke, which is what a ton of people often like to do on Halloween. Whatever it is, the intention of something like this stunt from Jones is solely to be playful and fun, not to be harmful.

You can’t look at this photo with a straight face and think, “wow, Jerry Jones is making fun of the blind!” Nonetheless, here’s the statement from the aforementioned National Federation of the Blind.

“When anyone perpetuates that stereotype, it’s harmful … He does have blind Cowboys fans. They show up at games and put on headsets or listen on the radio. It may be something for him to think about.”

What’s pretty classic about the controversial costume of note is when you take close look at Jones, you’ll notice there is not a single NFL logo to be found. Not on the shirt, not on the hat, nowhere. As much as the Cowboys’ owner can drive people crazy, credit to “Jerruh” for always being one step ahead in regard to avoiding league fines.

Maybe next year Jones should just go ahead and affix a slew of yellow flags to a referee shirt and call it a day. He’d probably love that idea anyway.