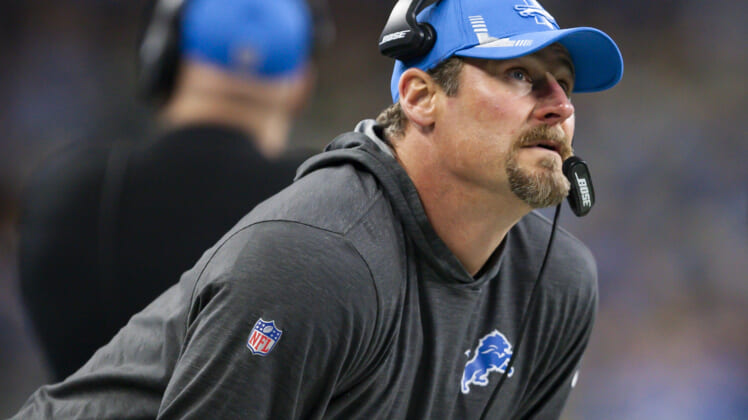 The Detroit Lions will be featured in Hard Knocks 2022, becoming the latest NFL team to be put under the spotlight during training camp and the preseason.

Launched in 2001, the annual HBO Sports and NFL Films series captures the summer preparation of an NFL team for the upcoming season.

The Dallas Cowboys were the profiled team last summer, the third time HBO and the NFL chose the iconic franchise for Hard Knocks. NFL Films also conducted its first in-season edition of the series, focusing on the Indianapolis Colts.

With limited teams to choose from this summer, the NFL announced that Hard Knocks 2022 will turn the cameras on in Detroit to spotlight head coach Dan Campbell and the rebuilding Lions.

The Lions confirmed the news, seemingly expressing excitement to have camera crews from HBO and NFL Films inside their building through the summer.

“We are excited about the opportunity to showcase the City of Detroit and the amazing culture we are building at the Lions. HBO Sports & NFL Films are the best of the best and we know they will be excellent partners in sharing our story with football fans around the world.”

There should be plenty of things for the series to feature in Hard Knocks 2022. Campbell will provide plenty of memorable quotes, wide receiver Amon-Ra St. Brown is an emerging star and the Lions have two first-round picks in the 2022 NFL Draft.

The Lions become the 15th team to be profiled in Hard Knocks. It’s unknown if the NFL will continue its in-season edition of the show.