The Green Bay Packers’ quarterback situation got a lot clearer when they decided to release veteran Blake Bortles after MVP Aaron Rodgers reported to training camp on Tuesday.

ESPN’s Rob Demovsky reported the news of Bortles’ release, as the Packers are going to get a closer look at some of their younger QBs in camp, headlined by 2020 first-round pick Jordan Love:

Bortles’ career is all but over at this point. The former No. 3 overall pick of the Jacksonville Jaguars has proven to be an inaccurate, turnover-prone signal-caller for most of his NFL playing days.

Packers fans should be delighted that Bortles is being shown the door. He was merely an experienced placeholder on the depth chart until Rodgers’ eventual return. But that’s not the only reason the Cheeseheads should be rejoicing at this news.

Rodgers is likely playing his final season in Green Bay, because the Packers’ front office failed to inform him of their plans to trade up and select Love in the NFL Draft. Although Rodgers responded with a phenomenal 2020 campaign, the damage was already done.

The limited offseason program and the innate drama of being drafted by Green Bay left Love lost as a rookie. He couldn’t even beat out Tim Boyle for the primary backup job and was inactive on game days. That led many to believe Love was a bust right out of the gates.

Releasing Bortles proves that the reported strides Love made heading into his sophomore NFL season were founded in some sort of reality.

It appears Love is at least ready to be pressed into duty if necessary, and more importantly, he’ll get the bulk of preseason game reps so the Packers can see what their future looks like at the most important position in the post-Rodgers era. 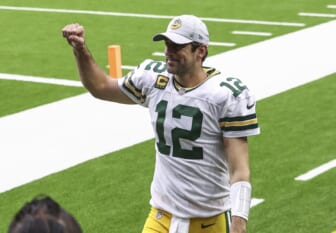