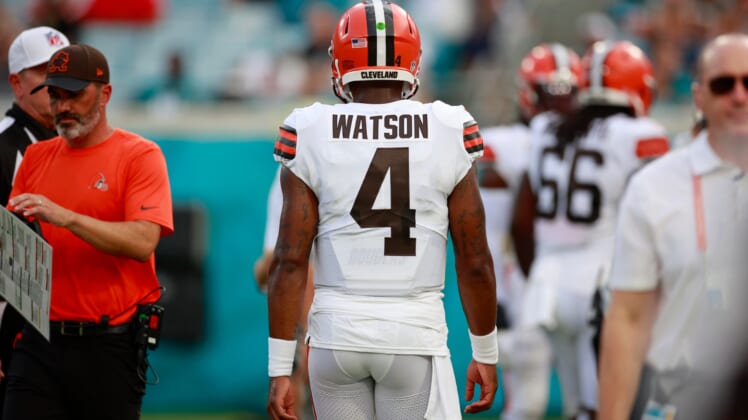 On Friday, Cleveland Browns quarterback Deshaun Watson finally returned to the football field for the first time in over 18 months. But his stay could be a short one.

Already suspended for the first six games of the regular season due to violating the NFL’s personal conduct policy, it’s possible Watson is suspended for much longer. Not happy with Judge Sue L. Robinson’s decision to suspend Watson for just six games, the league has officially filed an appeal, which is in the hands of New Jersey attorney general Peter Harvey.

Commissioner Roger Goodell is seeking a full-year suspension for Watson.

Meanwhile, a report emerged of Watson trying to bargain with the league, by being ‘willing to accept’ an eight-game suspension, while paying a $5 million fine for his actions.

But now an NFL insider is referring to the potential for Watson to receive a full-year suspension as a “slam dunk“.

No one knows when Harvey is expected to make his final decision, as it could come at any moment.

For now, Watson remains eligible to participate in the preseason, but if he is suspended for the full year, he no longer would be allowed to take the field in exhibition play.

Assessing the impact of a longer Deshaun Watson suspension

For now, the Cleveland Browns are standing pat with backup quarterback Jacoby Brissett, ready to move forward with him replacing Watson for the first six games of the year.

However, if Watson is suspended for much longer, like the entire season, would that change their approach?

According to Mary Kay Cabot of Cleveland.com, the Browns would be open to adding other QBs to the roster, should Watson receive a harsher suspension.

Could that even be in the form of Jimmy Garoppolo? It’s certainly possible. Acquiring Garoppolo would keep their playoff hopes alive in 2022, as they can’t afford to keep wasting the prime of Myles Garrett’s career, along with the rest of what looks to be a strong roster, on paper.

The Browns also have Joshua Dobbs and Josh Rosen on the roster for now. We’ll see what happens with Watson’s suspension appeal, but don’t be surprised if the Browns find themselves back on the QB market for the second time this season. 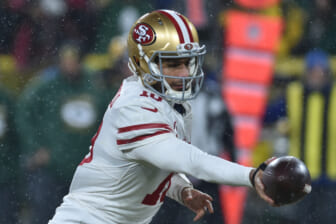