NFL training camps are in full swing and the first preseason games of the year begin Thursday. As camps are progressing, some notable stories have evolved.

Veterans that should be far ahead on their teams respective depth charts could be taking a back seat to younger players. Meanwhile, some interesting stars are emerging.

Here are eight surprising developments we have taken note of thus far.

The Dolphins took a flyer on Foster earlier in the summer. Since then, he has been quite impressive in practices. It was even noted by Armando Saiguero from The Miami Herald that Foster has been performing “head and shoulders” above the younger running backs on the team.

Should come as no surprise but Arian Foster is head and shoulders the best RB on Dolphins based on what he's showing in practice.

Also important to note, Foster had been running exclusively with the first team throughout the earlier stages of camp (more on that here).

This is why it’s somewhat surprising that the team listed second-year running back Jay Ajayi as No. 1 on its depth chart. Ajayi did not receive a lot of opportunities during his rookie campaign. When in action, he managed only 187 yards and a score while averaging 3.8 yards per attempt.

Granted, Ajayi has been learning Adam Gases’s scheme since earlier in the spring. Foster arrived in the middle of July and is returning from an injury-plagued season.

Perhaps the Dolphins are just making Foster earn his stripes by actually competing for the starting job. When Foster is healthy, he’s still one of the best among all-around backs in the NFL. 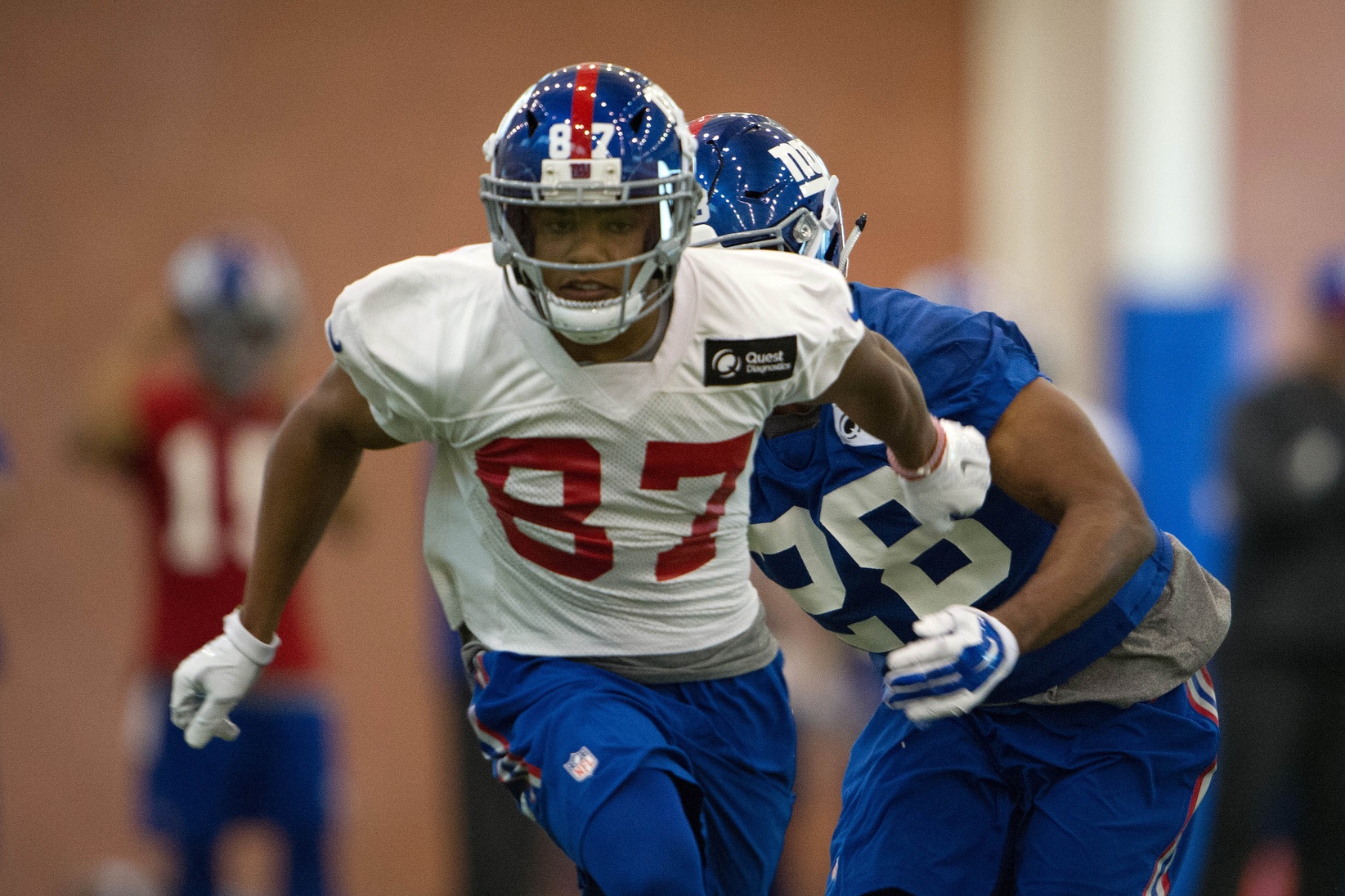 The Giants could very well have the next Odell Beckham Jr. in the making.

Beckham is no doubt a beast. Though, rookie Sterling Shepard is looking quite amazing and got to work with the first team when OBJ recently sat out of practice (more on that here).

Shepard stands to further gain traction with the news that fellow wideout Victor Cruz sustained a slight setback. Cruz reportedly has a “tight groin” and might not be able to play in Friday’s first preseason game.

If Shepard progresses ahead of Cruz, he may even put a dent into Beckham’s targets this season. Just imagine owning Eli Manning in fantasy football. He could end up throwing to the best wide receiving tandem in the NFL by the end of the season.

Mark Sanchez can’t seem to distance himself in competition

It is mind-boggling to many that a seasoned veteran quarterback has yet to establish himself ahead of his inexperienced competition.

This is the apparently the case with Sanchez who was just labeled as a co-starter along with Trevor Siemian by the Denver Broncos (more on that here).

Sanchez is entering his eighth year in league. His past is colorful but he still has a clear presence as a leader in the locker room.

Siemian has practically zero regular season experience. Sanchez will reportedly start the team’s first preseason game with Siemian playing in the second quarter. Rookie Paxton Lynch, who has also gained headway in training camp, will play the second half.

If Siemian or even Lynch plays better than Sanchez, that is just not a good look for the veteran.

Realistically speaking, Sanchez should be eons ahead of the other two. The fact that a quarterback as inexperienced as Siemian and a rookie like Lynch could purge ahead is quite disturbing.

During his initial season as a wide receiver, Pryor managed one catch on eight targets for the Browns. That’s not too big of a surprise considering he had played quarterback during both his college and professional career.

Now, in a shocking turn of events, it appears that Pryor has quite the handle on his new position. The former Ohio State signal caller has reportedly transitioned extremely well.

In fact, Pryor has impressed enough that the Browns actually have him listed as a starting receiver. Pryor joins rookie Corey Coleman on the first team. The Browns have Andrew Hawkins and Marlon Moore penciled in as second-stringers.

According to Mary Kay Cabot of Cleveland.com, there is no mention of Josh Gordon on the Browns current and unofficial depth chart. However, that is due to the fact that Gordon is still suspended and currently not practicing with the team.

It should be interesting to see if Pryor can hang on to his starting role throughout the preseason. If so, what an an awesome accomplishment that would be. 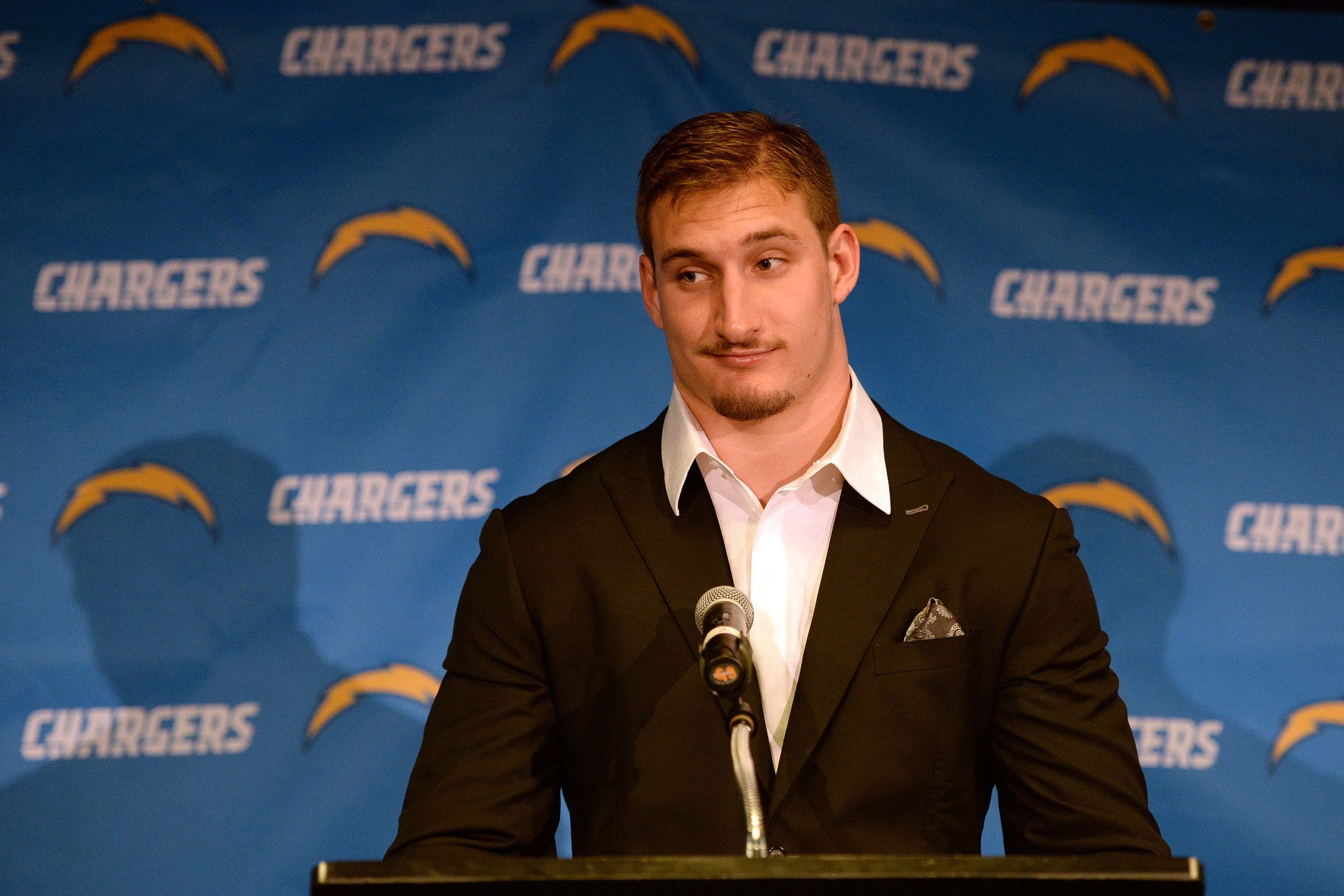 The Chargers were a terrible mess last year which allowed them to select Ohio State standout Joey Bosa as the third overall pick in the 2016 NFL Draft.

As it stands, Bosa has staged the longest rookie holdout in seven years according to Emmett Knowlton of The Business Insider.

Bosa will not sign his rookie contract due to a couple of details that pertain to a signing bonus deferment and off-set language.

Bosa reportedly wants no off-set language, which would essentially mean he would be fully paid if the Chargers released him before his rookie contract expired. This would allow Bosa to also be paid by another team if he was signed before his four-year contract was up with the Chargers.

This is the last thing the Chargers need heading into the season. At this point, Bosa has not practiced with the team since his rookie OTA’s. Per the report, Bosa has until November 15 to sign his contract or he forfeits playing all year.

August 9th was noted as the last day that the Chargers could trade Bosa. At this point, the Chargers are holding their ground on Bosa’s contract language.

West is listed behind veteran Justin Forsett and second-year back Buck Allen on the Ravens’ depth chart. Though, it appears that he is the one turning up the summer heat during camp (more on that here).

West is entering his third season in the league. In his rookie debut with the Cleveland Browns, West managed 673 rushing yards and four touchdowns. Ever since, his production has declined during stints with the Tennessee Titans and Ravens in 2015.

It appears that West has been afforded the opportunity to showcase his talents with rookie Kenneth Dixon and veteran Lorenzo Taliaferro sidelined with injuries.

Dante Fowler Jr. looking as good if not better than the veterans

Fowler Jr. missed his entire first season after he tore his ACL on the very first day of rookie minicamp in 2015.

Since he’s returned to action, the Florida product hasn’t lost a beat. In fact, it looks like Fowler is competing right up at the level of the Jaguars’ veteran defenders.

“He was good, especially early,” Jaguars coach Gus Bradley said per Hays Carlyon of Jacksonville.com. “You can feel his rush — very sudden, just like you see in practice.”

Per the report, no other plays during the Jaguars’ scrimmage carried as much impact as Fowler’s.

Better yet, Fowler still has another month to perfect his techniques. The Jaguars finished the 2015 season tied for 20th in sacks. This is a stat the Jaguars look to improve upon this year with Fowler appearing as prepared as ever to put pressure on opposing quarterbacks.

The Jaguars have all of the right pieces to put together a stellar 2016 season. Fowler’s dominating summer performance only adds to that. 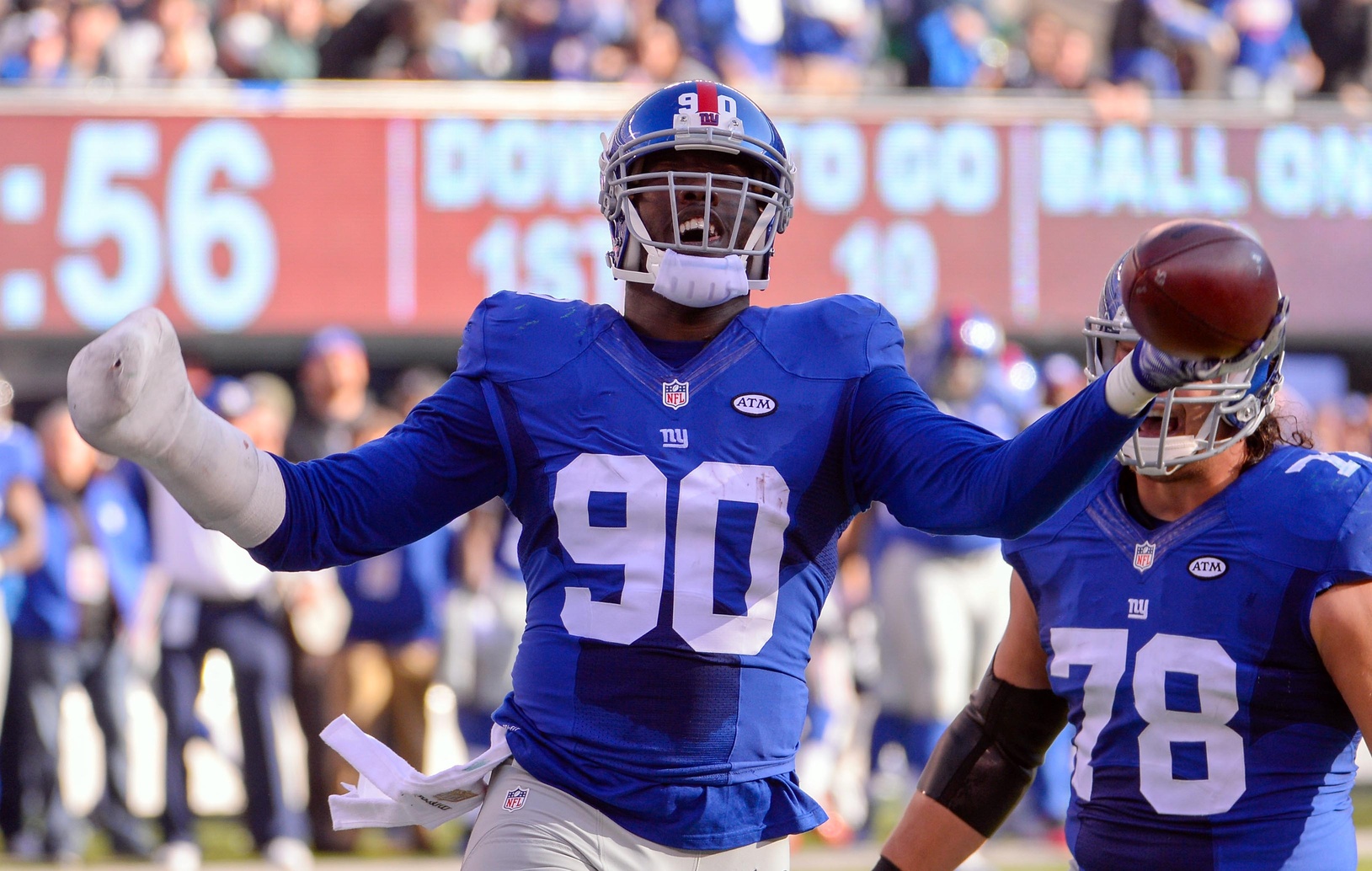 “What do you think?” Pierre-Paul said via Jordan Raanan of ESPN, when asked how the hand was holding up under full contact. “I’m out there running and banging people. My hand feels like my left hand, just missing a couple fingers.”

This is fabulous news considering it was only 13 months ago that JPP blew off parts of a few of his fingers on his right hand in an unfortunate fireworks accident.

As a result, Pierre-Paul was sidelined for the first half of the 2015 season. His numbers plummeted as JPP recorded only one sack and 26 combined tackles.

Over the offseason, the Giants took grand measures to bolster a defense that ranked dead last in 2015. With JPP looking like he is returning to full health, the team’s defense should see some improvement.