Dustin Poirier vs Michael Chandler set for UFC 281 in November 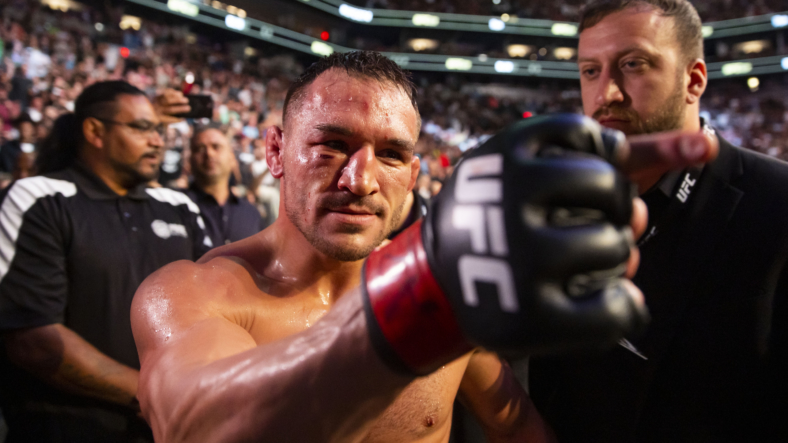 A monumental lightweight clash pitting Dustin Poirier vs Michael Chandler has been officially booked for the UFC’s return to New York City in November.

On Wednesday, ESPN MMA insider Brett Okamoto broke the news that a matchup between two elites of the 155-pound division has been confirmed by one of the top executives in the UFC. As well as the news that “Iron” has inked a new multi-fight deal with the MMA world leader.

Related: Nate Diaz next fight – Stockton’s finest is back on Saturday night

The event inside Madison Square Garden is expected to be the promotion’s lone pay-per-view event for November, UFC 281. The card from New York is already led by a pair of title bouts. In the headliner, middleweight king Israel Adesanya defends his crown for the sixth time against his former rival from the world of kickboxing, Alex Pereira. In the co-main event, new women’s strawweight queen Carla Esparza will defend her title for the first time against one-time champion Zhang Weili.

Poirier facing Chandler is a matchup that looked very likely when rumors of the bout being close to finalized circulated in early August. Since Chandler joined the promotion in 2020, the Louisiana native Poirier has not been interested in facing the multi-time Bellator lightweight champ. However, as the 36-year-old’s stock has risen, especially after a knockout of the year win over Tony Ferguson in May, Chandler versus Poirier seemed like a logical next fight for both.

Poirier has not fought since a championship loss to Charles Oliveira in December. While there was talk of a move to welterweight and a matchup with UFC 279 headliner Nate Diaz, in the end, “Diamond” returns to 155 pounds in a matchup of two fighters in the Sportsnaut UFC lightweight rankings top 10.

UFC 281 takes place on November 12 in “the world’s most famous arena,” MSG. The PPV portion of the card will air exclusively on ESPN+.