Israel Adesanya next fight: “The Last Stylebender’ returns on July 2 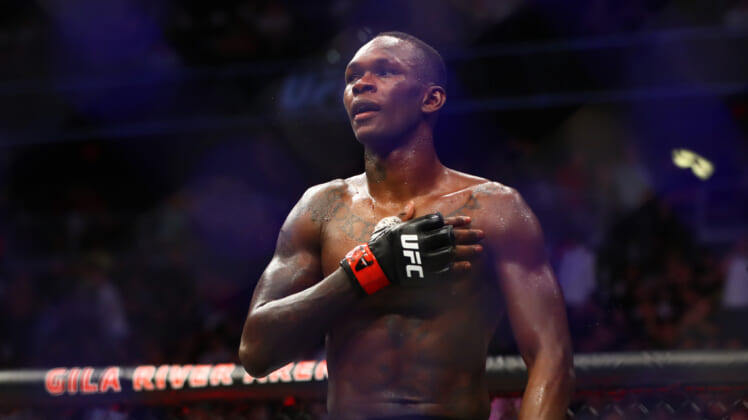 The Israel Adesanya next fight news is now in after the New Zealander defended his title for a fourth time in February. And the middleweight champion will return at the 10th international fight week on July 2, and face a very worthy title contender and “Killa Gorilla.”

Who will Israel Adesanya next fight be against?

In the fifth defense of his middleweight thrown, Adesanya will face second-ranked fighter Jared Cannonier. The 38-year-old has been one of the best competitors in the division since he moved to middleweight in 2018. He has won five of his six bouts in the weight class, and his lone loss came against former champion and recent title challenger Robert Whittaker.

How to watch Adesanya vs Cannonier on July 2

Adesanya versus Cannonier is a fascinating clash of a spectacular fighter with technical mastery, against a very well-rounded talent who has very few weaknesses. Nevertheless, just like Adesanay’s previous opponents, Cannonier will be stepping up to the boss level when he matches up with Adesanya in July.

Wrestling: Despite falling short against the champion in February, Whittaker showed that Adesanya’s wrestling deficiencies are an area you have to attack. “The Last Stylebender” has hardly any areas he isn’t great in, but the mat game is one of them. Cannonier, a former heavyweight, will have a serious strength advantage in this fight. He will need to use that and mix in some wrestling to try and slow down the offensive attack of the 185-pound king. 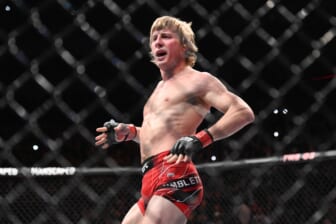 Will speed kill?: While Cannonier will have a strength edge on fight night, Adesanya will have a major advantage in the speed department. If the “Killa Gorilla” can’t manage his speed deficiencies and mix things up, it could be a short night for the top contender.

The bottom line: Adesanya vs Cannonier is a fun matchup between two highly talented middleweights. The champion defending his title and adding another layer to his amazing legacy is a reason to watch on its own.

What makes Israel Adesanya so popular?

Adesanya truly is a one-of-a-kind combat athlete. He is akin to Muhammad Ali and Roy Jones, Jr. in mixing world-class physical gifts with it-factor charisma. Adesanya is a perfect representation for the era he dominates in and will surely go down as many Gen Z fans’ favorite UFC fighter.

The Avatar of the UFC: Adesanya is a top three pound-for-pound talent because he can beautifully blend both the physical and mental sides of fighting into one dynamic combat package.

The Stylish Bender: The New Zealand resident has become a sports superstar by unabashedly being himself. A confident, cocky, funny, and creative man that connects with the 18 to 35 age demographic that all sports properties and advertisers want.

Money is often one of the greatest measuring sticks for a fighter’s success. As of 2021, Adesanya’s net worth is estimated to be $4 million.