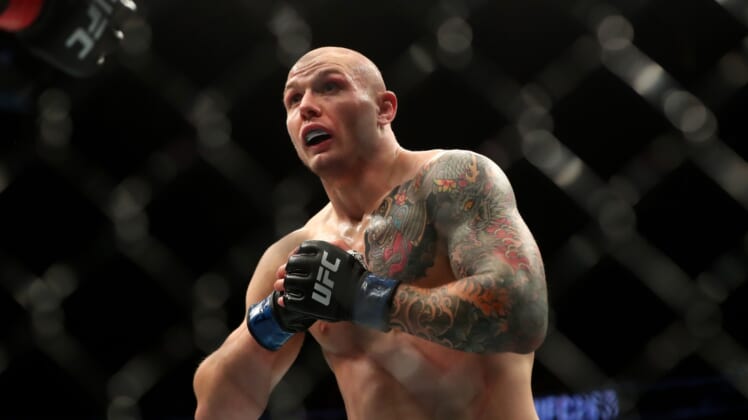 Vettori won 48-46 on all three cards of the five-round main event. Costa was deducted a point in the second round for an accidental eye poke.

The bout was supposed to be fought at middleweight but Costa came in overweight, prompting the bump to 205.

Vettori (18-5-1) absorbed some big shots from Costa (13-2) early on but was able to outlast Costa, handing the Brazilian his second consecutive loss.

“I know I have the biggest heart and biggest will,” Vettori said. “When it goes to fourth and fifth rounds, there is no way nobody can keep up. A lot of people said he wouldn’t be ready, but I feel a lot of it was a trick. He actually came pretty ready.”

In the preceding bout, Ricky Glenn and Grant Dawson fought to a draw. Dawson took one card 29-28 while the other two came in at 28-28 in the three-rounder.