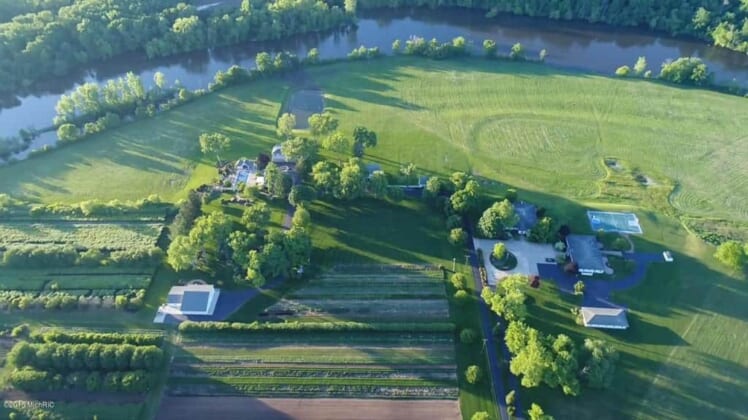 A decade before being diagnosed with Parkinson’s disease — an affliction that would ultimately cost him his life — boxing legend Muhammad Ali purchased this astonishing farmhouse in Michigan.

For the next several years, Ali and his wife, Lonnie , would call this property home. It’s where he trained. It’s where the two lived.

Now, two years after Ali’s death, his widow has put the property up for sale. In a listing on Cressy and Everett Real Estate, the property is going for a cool $2.9 million. It’s about as magnificent as we might first think.

According to the listing, Ali’s property includes 81 acres of land, a mile of riverfront land, a pool and multiple gyms. It also includes a number of barns and guest houses.

This aerial photo of the property shows us just how massive it is.

Having called this home with her late husband for north of three decades, this has to be a bittersweet moment for Lonnie. Let’s just hope the property is sold to someone who will respect it like this couple did for so many years.