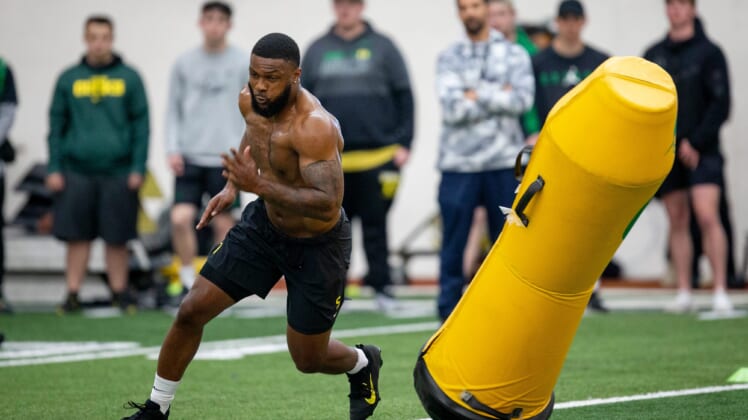 The Detroit Lions will have plenty of options with the No. 2 pick in the 2022 NFL Draft. On paper, Kayvon Thibodeaux seems like a great fit with outstanding talent at a position of need for Detroit. However, he might have one huge factor working against him.

At the start of the pre-draft process, NFL Draft rumors emerged about the Oregon edge rusher. Teams reportedly held concerns about Thibodeaux’s effort level in games and wondered if his personality signaled future clashes with coaches.

There’s very little doubt about Thibodeaux’s raw talent. He’s an outstanding athlete for his size and the consensus evaluation is his upside could be even higher than Aidan Hutchinson. The red flags are a concern, however, making him a polarizing prospect.

One NFL executive told Albert Breer of Sports Illustrated that the word around the league is Lions’ head coach Dan Campbell ‘isn’t a fan’ of Thibodeaux. Furthermore, Breer’s conversations with NFL executives found widespread belief that Thibodeaux isn’t a culture fit for Detroit.

Keep in mind that this is a 21-year-old edge rusher still figuring things out. While teams want a player to strike a balance between confidence and humility, Thibodaux brings the ‘swagger’ that many of the best defensive players in the NFL have.

It’s also worth noting that Detroit sent a majority of its coaching staff to the Oregon Pro Day. Thibodeaux performed very well and likely spent time talking to Campbell directly.

The Lions would certainly prefer for Hutchinson to slide to the No. 2 pick. He’s labeled as a leader on defense and he is a Michigan native. However, the Jacksonville Jaguars are still likely to draft him with the 1st overall selection. 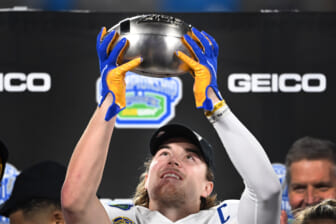 Ultimately, the decision likely comes down to Thibodeaux, Hutchinson, edge rusher Travon Walker and cornerback Ahmad Gardner. Whatever decision is made on April 28, Detroit’s defense will be adding an impact player.