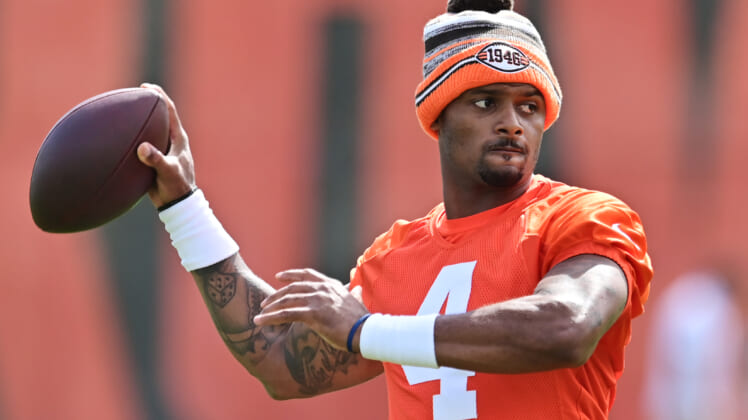 The Cleveland Browns and quarterback Deshaun Watson know an NFL suspension is coming after facing two dozen accusations of sexual misconduct and assault. As for the potential length of his ban, it remains one of the big questions this offseason.

Cleveland is largely prepared for a suspension. It signed backup quarterback Jacoby Brissett to provide an experienced fill-in starter when Watson is unavailable. The organization also structured Watson’s contract to protect as much of his money as possible from a suspension.

It all comes down to when the NFL makes a ruling and how long the league prevents Watson from playing, following a ruling from an arbitrator. At a minimum, many around the league think the star quarterback will receive at least a six-game ban based on recent precedent.

However, the number of accusers and the league’s desire to avoid poor optics could result in an even longer ban. While eight games is very possible, Yahoo Sports’ Charles Robinson explained on the You Pod to Win the Game podcast why he wouldn’t be surprised by a year-long ban.

It would be one of the longest suspensions in NFL history, typically only used in the most extreme cases. Atlanta Falcons receiver Calvin Ridley is serving a year-long suspension for betting on NFL games. Other year-long suspensions include Donté Stallworth in 2009 (fatal DUI crash), Adam Jones in 2007 (multiple off-field incidents) and Chris Cook in 2011 (felony domestic violence).

A one-year ban would be the largest against an NFL player accused of sexual misconduct without ever facing criminal charges. If a neutral arbitrator rules a lengthy suspension is warranted, NFL commissioner Roger Goodell could impose a suspension that serves as a statement about player conduct. 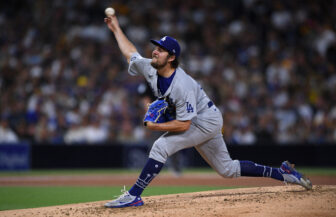 Impact of a potential year-long suspension on Deshaun Watson

Deshaun Watson last played an NFL game on Jan. 3, 2021 against the Tennessee Titans as a member of the Houston Texans. Months after that three-touchdown performance in Week 16, he demanded a trade and then sat out the 2021 season while the Texans looked for a trade partner.

It would mean not playing until his age-28 season and while he would still be in his prime years, there would be legitimate concerns about rust after a two-year absence from the NFL. League rules would also forbid him from participating in a spring league like the USFL or XFL.

Of course, a year-long suspension would also be devastating for the Browns. After trading three first-round picks for Watson in the 2022 season, Cleveland wouldn’t be a Super Bowl contender without him this season and its roster could be worse a year from now.

Even if Watson is suspended for a full season, it’s unlikely the Browns could convince Baker Mayfield to play for them after everything that transpired in recent months.