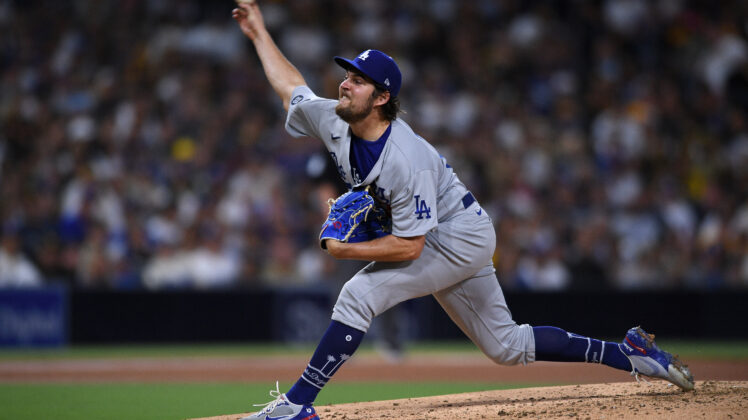 Bauer was originally placed on administrative leave on July 2 following graphic assault allegations made against him. Originally signed by the Dodgers to a three-year, $102 million contract, the All-Star pitcher hasn’t taken the mound since June 28, 2021.

In an official press release, MLB commissioner Rob Manfred announced Friday that Bauer is receiving a 324-game suspension following the league’s year-long investigation into allegations made against him by two women.

Bauer is currently suing media outlets alleging defamation and he filed a lawsuit on April 26 in the U.S. District Court for the Central District of California seeking monetary and punitive damages from his accuser, claiming the woman “fabricated allegations of sexual assault.”

The 31-year-old pitcher hoped to pitch again in MLB following a ruling made in his favor last year. A judge dissolved a temporary restraining order sought against him by a woman who accused Bauer of unwanted physical abuse during consensual rough sex. When the L.A. District Attorney’s Office decided against filing charges against Bauer in February, he still remained on leave.

MLB also announced that Bauer will not receive a reduction in his suspension based on the time he spent on administrative leave. Bauer is expected to appeal the suspension.

“In the strongest possible terms, I deny committing any violation of the league’s domestic violence & sexual assault policy. I am appealing this action and expect to prevail. As we have throughout this process, my representatives & I respect the confidentiality of the proceedings.”

This will be the longest suspension under MLB’s domestic violence policy and Bauer is the first player to appeal his ban.

When Trevor Bauer files his appeal against the two-year ban, which would sideline him through the start of the 2024 MLB season, his argument will likely focus on precedent.

In 2016, relief pitcher Aroldis Chapman received a 30-game suspension following an MLB investigation into an alleged domestic violence incident in October 2015. Disciplined under the Joint Domestic Violence, Sexual Assault and Child Abuse policy, Chapman was accused of choking his girlfriend and fired gunshots in the garage, per Yahoo Sports. While no arrests were made and Chapman avoided charges, he agreed to serve the 30-game ban.

Roberto Osuna, then a closer for Toronto Blue Jays, received a 75-game suspension in June 2018. While he avoided charges for assault, MLB’s investigation determined there was enough to suspend him months after he was arrested on suspicion of assaulting a woman.

One of the more cent examples would be the Marcell Ozuna suspension. The Atlanta Braves outfielder received a 20-game retroactive suspension after he was arrested following a domestic disturbance call in May 29. Cops said they saw him assault his wife, initially charging him with felony aggravated assault b strangulation. While the chargers were later dropped, body cam footage showed Ozuna grabbing his wife’s neck. 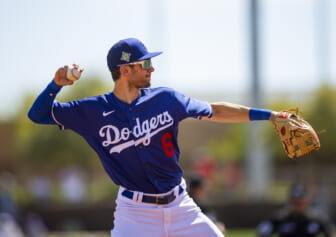 Relief pitcher Sam Dyson received the longest suspension under the domestic violence policy, prior to Bauer’s two-year ban. In March 2021, MLB suspended Dyson for the entire season following The Athletic’s reporting and Investigation into multiple incidents of domestic violence by Dyson against his former girlfriend. MLB’s investigation began in November 2019 and Dyson served the full 162-game suspension, despite not being charged.