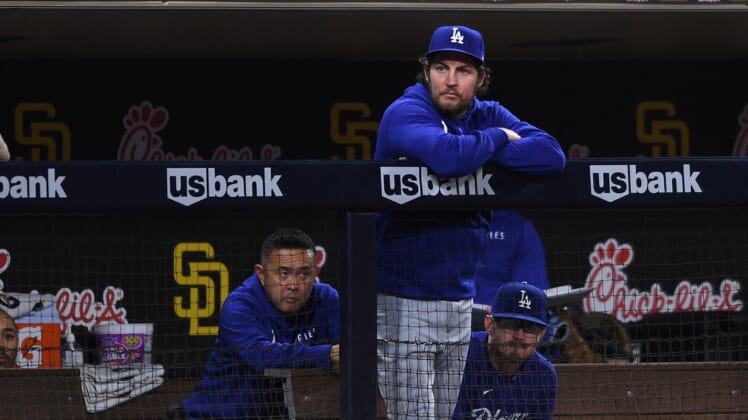 Los Angeles Dodgers pitcher Trevor Bauer is suing the owner of Deadspin, alleging the website defamed him as he faced accusations of sexual assault.

Bauer announced the lawsuit on Twitter Thursday night and shared the court filing. In the 25-page complaint, Bauer’s attorneys say a July 6 article about the sexual assault allegations falsely accuse him of fracturing the woman’s skull — part of what the lawsuit contends is part of a years-long “unrelenting attack” on the pitcher by Deadspin “with the purpose of humiliating him and ruining his baseball career.”

Last June, a San Diego woman told police that Bauer had assaulted her during two consensual sexual encounters at his home in Los Angeles County. Her request for a permanent restraining order was denied, and prosecutors declined to prosecute him, citing lack of evidence.

Bauer’s suit contends that a medical record attached to court filings for the restraining order show the woman did not have a fractured skull but that Deadspin “pushed forward with the false narrative” regardless. He cited, specifically, a July 6 article written by managing editor Chris Baud and published under the headline, “Trevor Bauer should never pitch again.”

Other outlets that initially reported the woman sustained a fractured skull updated their reports, Bauer’s suit said. Deadspin did not.

Baud is named as a defendant in the lawsuit, as is Deadspin’s owner, G/O Media, Inc. Neither had commented on the lawsuit as of mid-day Friday.

The lawsuit was filed in federal court in the Southern District of New York, and Bauer requested a jury trial and unspecified monetary damages.

Bauer was placed on administrative leave on July 2 and didn’t pitch the rest of the season. The 2020 National League Cy Young Award winner signed a three-year, $102 million contract with the Dodgers before the 2021 season. Before his leave, he was 8-5 with a 2.59 ERA in 17 starts for Los Angeles.

MLB has been conducting its own investigation of Bauer, 31, and still could take disciplinary action.