NFL insider suggests Deshaun Watson may not play until 2022

When the Houston Texans ruled Deshaun Watson out for Week 3 even after the Tyrod Taylor injury, it became evident he would never play for that franchise again. Now, it seems there’s a possibility Watson doesn’t play a snap for any NFL team in 2021.

Watson is currently being investigated by the FBI, Houston Police Department, the NFL and is facing a grand jury inquiry. With 22 civil suits and 10 criminal complaints alleging sexual assault and misconduct, there is tremendous uncertainty about his immediate future.

The 26-year-old first demanded a trade in January, months before allegations against him emerged. The Texans refused to move him at the time before slowly becoming more receptive. Even as more accusers came forward and Houston realized it was time to move on from Watson, the asking price didn’t change. 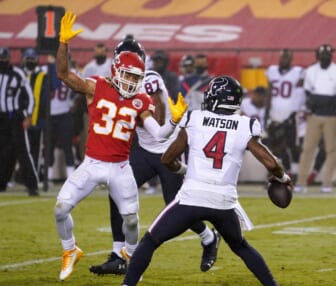 At one point, the Miami Dolphins seemingly came close to landing him this summer. But the Texans refused to accept conditional picks, a mandatory stipulation rival teams wanted in light of the legal issues. With Houston not backing down, talks broke off.

Since the NFL season began, with Watson spending each week on the inactive list, chatter has slowed down. But NFL insider Albert Breer addressed a question about Watson in a recent mailbag. When asked whether Watson will play again, Breer said he will but it might not happen until 2022.

“Now, I don’t want to trivialize the other, much more serious legal matters at hand. But from a football standpoint, I think it’s become pretty clear that the Texans are comfortable with where they are right now, and O.K. with riding out the rest of the year with Watson.”

Why Deshaun Watson may not return in 2021

As of now, there’s no reason to believe a Deshaun Watson trade is imminent. The Texans are in the first year of a rebuild and first-year general manager Nick Caserio doesn’t want to sell low on a player with MVL-caliber talent.

But that puts the Texans in a difficult situation. If they don’t move him during the investigation, the franchise runs the risk of Watson later being found guilty and his NFL career potentially ending. Watson is not only facing more than 20 allegations, but other women have also shared their stories of his alleged sexual misconduct. 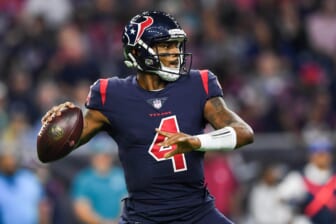 Watson is cooperating with the FBI and criminal investigations, speaking to law enforcement and providing any necessary information or communications. But the league’s investigation is largely on hold, with commissioner Roger Goodell not wanting to interfere with criminal proceedings.

Given the Texans don’t want to risk Watson getting hurt by playing and he is happy to never play for the franchise again, the Commissioner’s Exempt list doesn’t need to be used. Watson is still getting paid and is out of the spotlight.

But if another team traded for Watson, that could put pressure on the league to do something. With that uncertainty, other clubs don’t want to risk acquiring him and then immediately losing him. So, everyone is waiting for clarity with the criminal investigations. 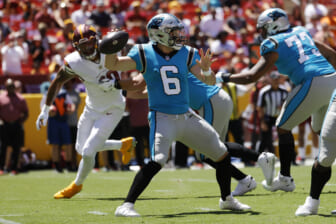 Given Watson doesn’t appear in court for the civil cases until next year and the criminal probes could take months, there is a small window for a trade to happen. The NFL trade deadline is Nov. 2 and with a resolution seemingly months away, a trade feels increasingly doubtful.