Making the case for the Chicago White Sox to clean house, starting with Tony La Russa 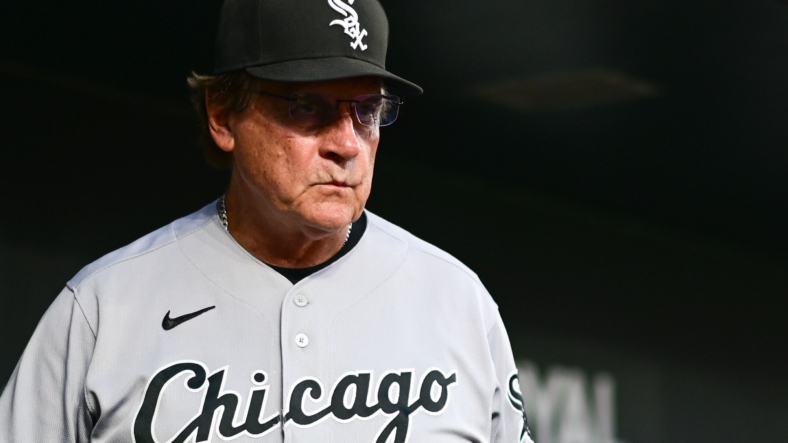 Situated in the compressed American League Central, the Chicago White Sox have dropped their last four games. They are 2-8 in the past 10 and were recently swept by the hapless Arizona Diamondbacks.

Entering today, the White Sox sit two games below .500, which has strayed their postseason hopes even further. The month of August has been disastrous for Chicago, yet they are poised for a similar avenue in what’s left of the season.

Chicago fans are frankly impertinent of their own stripes, which they indicated in their “sell the team” banners at the month’s closing. To at least mitigate their scuffles, the Chicago White Sox are just 6.5 games removed from a Wild Card spot. Although it’s unlikely that Tony La Russa can carry out that venture, considering their injury woes. This is why he and his crew have to be sent packing.

Tony La Russa and his crew need to go

Regardless of what the rest of the season has for the Chi Sox, there is clearly a fester in the management that needs to be addressed. If the White Sox were to take action, La Russa would be the first to go with pitching coach Ethan Katz to follow accordingly. White Sox fans have shown their disapproval of La Russa’s employment and he’s taken the heat pretty well. In an interview conducted by the Athletic’s James Fegan, La Russa addressed his team’s recent drought and even sympathized with the fans.

La Russa has done his part in advocating for his squad, however, talk is cheap and you can’t justify what’s yet to come. Although the 77-year-old is credited for leading the Chi Sox to an AL Central title, his poor management in 2022 is inexcusable. Injuries are inevitable and it’s not on La Russa to blame, however, a 63-65 record can be pinned to poor management. 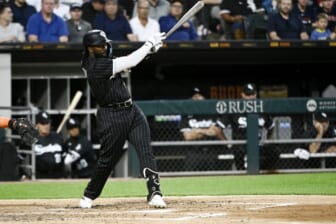 While bereft of sound management, the White Sox have fared quite well in terms of their offensive prowess. They rank sixth in batting average (.259) however, the middle of the infield has been simply idle. La Russa deployed Josh Harrison and Romy Gonzalez who in simple terms are not recognized for their bats. Elvis Andrus has also inherited a sizeable role at shortstop, yet his bat has been absent all season.

La Russa’s abysmal decision-making when assessing a competent lineup will only further the inclination for his termination.

The rotation was the backbone of the Chicago White Sox 2021 campaign which has gone completely south. Yes, the injuries have played their toll but above all else, the White Sox rank 20th in ERA (4.02).

Lance Lynn and Lucas Giolito have been complete letdowns this season, although Dylan Cease continues to mount his Cy Young campaign. The recruitment of Johnny Cueto continues to please the front office, although his previous start was simply unpalatable. Not to mention, Chicago was stripped of their ace Carlos Rodon when the San Francisco Giants outmatched the White Sox’s offer.

The firing of Ethan Katz is not as probable as the aforementioned of La Russa, however, it won’t hurt to bring aboard a new perspective. Last season was largely sustained by the rotation’s personal performance, and Katz hasn’t been able to cope with the injuries.

Either way, the White Sox need to reconfigure their management situation. The season is a dead end with La Russa at the helm, and it would be concerning if Jerry Reinsdorf isn’t proactive.