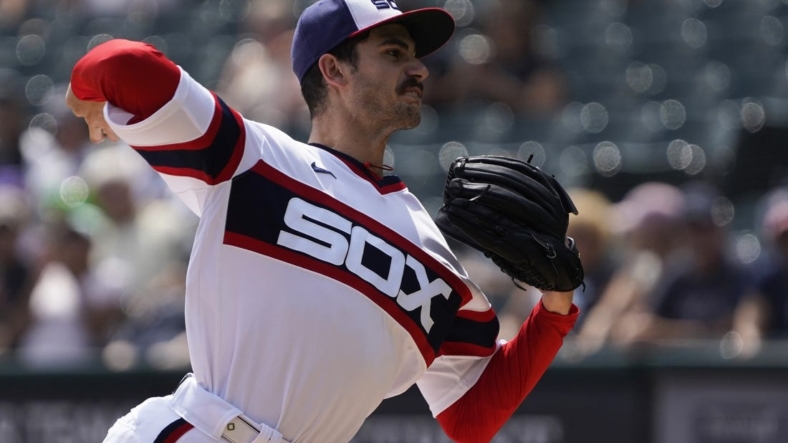 Jake McCarthy delivered a go-ahead RBI single with two outs in the ninth inning and Stone Garrett and Sergio Alcantara homered as the visiting Arizona Diamondbacks edged the Chicago White Sox 3-2 on Sunday afternoon to earn a three-game sweep.

Ian Kennedy notched his ninth save in 13 opportunities to help Arizona to its first series sweep since July 25-27 against San Francisco. Elvis Andrus hit a one-out double in the ninth but the White Sox couldn’t capitalize, as Kennedy fanned Leury Garcia and Romy Gonzalez with two runners on to end the game.

Chicago suffered its ninth loss in 11 games despite out-hitting Arizona 7-3.

The White Sox squandered a sterling start from right-hander Dylan Cease, who allowed two runs and two hits in a career-high eight innings with one walk and eight strikeouts.

Alcantara’s solo homer to right field with one out in the eighth tied the game at 2 while snapping a string of 17 straight retired by Cease, whose only other hit surrendered was a solo home run off the bat of Garrett with two out in the second.

Gavin Sheets followed with an RBI sacrifice fly to tie the game at 1. The White Sox took the lead one batter later, when AJ Pollock hit a sharp grounder that deflected off Davies for a run-scoring single.

Noe Ramirez (5-4) struck out one in a scoreless eighth. Kendall Graveman (3-3) took the loss, spacing one run and one hit with two walks.

The Diamondbacks have won eight straight against the White Sox.