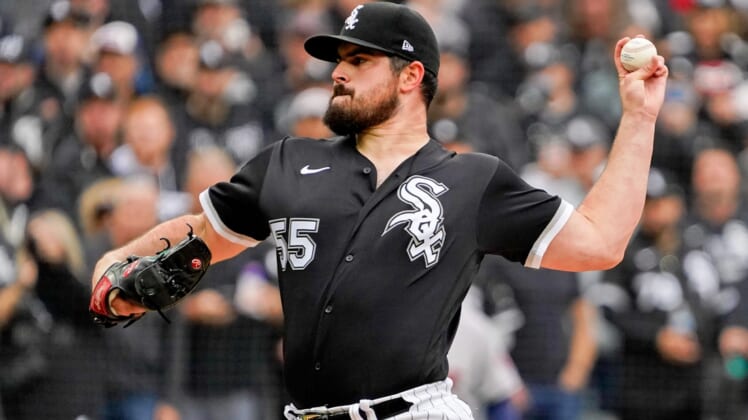 Left-handed starter Carlos Rodon agreed to a two-year, $44 million deal with the San Francisco Giants on Friday, according to reports.

ESPN reported the contract includes an opt-out after the 2022 season.

Rodon, 29, returned from a pair of injury-shortened seasons in 2021 and averaged 12.6 strikeouts per nine innings with the Chicago White Sox. Rodon had Tommy John surgery in May 2019.

Rodon was shut down by the White Sox with shoulder fatigue in September but returned for the playoffs.